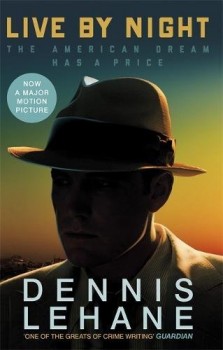 When Joe Coughlin and the Bartolo brothers raid a back-room card game, they are surprised to find a party of thugs working for one of the biggest gangsters in town. Joe falls in love with the girl serving drinks.

Boston 1926: a raid on a poker game by petty thieves – Irishman Joe Coughlin and the two Italian Bartolo brothers – gets complicated when it turns out to be run by big-name bootlegger Albert White. Joe takes a fancy to a girl serving there, Emma, and when he finds her again, they start a relationship. Unfortunately for Joe, she is also White’s girlfriend.

After the trio’s next robbery, the police are waiting; in the shoot-out several are killed. Joe plans to get out of town with Emma and the takings, but is betrayed, beaten up by White and then again by the police before being sentenced to five years in Charlestown Penitentiary. As Joe’s father is a Boston PD Deputy Superintendant, this promises to be very hard time.

Joe eventually emerges and ends up running things for the mob in Tampa, Florida. His business is mainly about rum, illegal in prohibition-era US, but Joe is well aware that ‘each compartment in the thing we do ... feeds the other compartments.’ Joe’s intelligence and natural antipathy to cruelty make him a sympathetic protagonist, but the book pulls no punches about the nasty and brutish nature of organised crime, and Joe is realistic about the fact that a good proportion of those in his profession are thugs ‘with little brain and no conscience.’

Organised criminal activity in US between the wars has given rise to some fine writing, that of Mario Puzo and Pete Dexter for example, and Lehane’s is comparable with the best. The action is gripping, and there are plenty of moments when the protagonist is tested. But there is also insight here into the lives of Italian and Cuban immigrants who end up in Ybor, a Florida ghetto, and the discrimination they face which makes criminal life sometimes difficult to avoid. What makes this background such a fruitful field for films and books is the way life is stripped to the raw, with difficult choices to be made and no protection for those at the bottom of the pile.

Lehane’s writing is crisp and spare, with characters depicted economically and with panache. The handling of the action is sure and the dialogue crisp, an engaging story told with great confidence. Live by Night was first published in 2012 and has been now re-issued to tie in with a film. Several of Lehane’s previous books, including Mystic River, Shutter Island and The Drop, have made a successful transfer to film and this one could too.