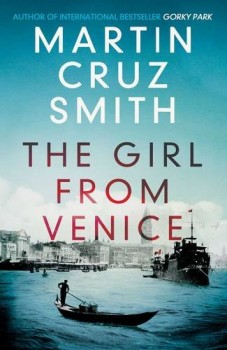 The Girl From Venice

One night, whilst fishing in the Venice lagoon, a young man, Cenzo, comes across a girl’s body. It turns out that she is still alive but in great trouble and he finds himself compelled to help her.

Venice 1945. The war is almost over but the German army continues to control the city and the SS is rounding up Jews. The Italian army no longer exists but groups of Fascists still remain, vigorously opposed by similar groups of Communists. The majority of the population longs for the United States army to arrive and bring the war to its formal conclusion. In the meantime, the average citizen tries to avoid any contact with either of the armed groups.

One night, whilst fishing in the Venice lagoon, a young man, Cenzo, comes across a girl’s body. It turns out that she is still alive. The rescued girl, Giulia, is Jewish and that she was the only member of the family to escape when the SS raided her home. Cenzo, the young fisherman, is drawn to her and wants to protect her from the SS. Initially he conceals her in his shack on the edge of the lagoon. He realises, however, that this can be only a temporary hiding place and eventually makes arrangements for her to be smuggled out of Venice. Once she is gone, he finds that he can’t forget her and, having received information that she might be in Salò - Mussolini’s Nazi puppet state in Lombardy - he decides to go in search of her.

Up to this point the narrative is original and inventive, leaving the reader curious to see what happens, particularly since, in the midst of a tale of war, there is the promise of an intriguing love story. However, what happens after Cenzo reaches Salò is something of a let-down. Additional characters are introduced but it is not always easy to see why and it is impossible to avoid the conclusion that they are simply a means of extending the narrative. There is a mélange of spies, partisans, fleeing Nazis and unnecessary consular officials, the plot is episodic and little attempt is made to produce a coherent whole. The high point should be the discovery of the traitor, the one responsible for the arrest of Giulia’s family, but even that makes little impact.

The characterisation lacks any real depth, this being particularly true of Cenzo and Giulia, whose conversation is terse and epigrammatic. They seem to be more concerned with verbal sparring then lovemaking and it becomes rather tedious. The one exception is Cenzo’s self-regarding film star brother who is prepared to adapt to any regime, however autocratic, providing it is to his personal advantage. We feel we know him well at the end of the novel – something that cannot be said of the main characters.