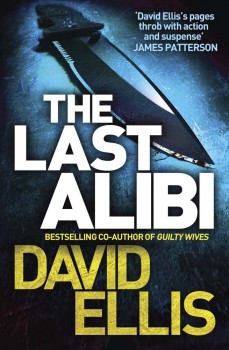 Lawyer Jason Kolarich has a visit from a client who expects to be arrested for murder; six months later he stands accused himself.

Lawyer Jason Kolarich is a hotshot trial attorney who, together with his hardworking and attractive colleague Shauna Tasker, runs a thriving legal firm. Unfortunately Jason has become hooked on pain medication following an injury, and is distinctly below par. He has a visit from an odd man claiming to fear arrest for the fatal stabbings of two women, since he knew them both.

Enquiries by Jason and his investigator friend Joel later show that this client is not what he seems, but has a very hostile intent. Shauna urges Jason to straighten himself out, but he has met Alexa, a woman who is more accommodating. His drug habit is becoming increasingly debilitating, his career is all but suspended while he tries to second-guess his threatening client, and he has alienated Shauna and Joel. Jason is in trouble, and we are already being given indications that things will get a whole lot worse.

The Last Alibi has an interesting structure: the first few pages introduce Jason commencing trial for murder, and Jason as a painkiller junkie some six months previously, meeting his weird client for the first time. As the book progresses, we learn incrementally of both developments at court, and the unfolding of the events which led up to it. The prosecution’s case at trial features a video recording of Jason on the night of his arrest, and his responses seem unlikely to form the basis for a viable defence: from what we know about Jason at the earlier date, in denial about his habit and barely able to think straight, this seems all too likely.

By giving hints about the final outcome right at the beginning David Ellis cleverly adds to the suspense, as the reader is speculating not only as to the conclusion, but also how the chain of events will interlock with the revelations already trailed at the later trial.

Tension is bolstered by the use of brief chapters and the first person present voice throughout, either by Shauna, or by Jason himself. Ellis piles on the pressure as Jason’s problems begin to overwhelm him, and his antagonist weaves a spell of deceit which will threatens Jason and those he loves. The plot is not easy to swallow entire: Jason’s Machiavellian foe is perhaps a little too clever given his background, and Alexa is a dubious mixture of hysteric and cool operator, but it is credit to Ellis’s skill that the reader is persuaded to overlook these; the twists and turns of the tale sustain interest for over 500 pages.

The Last Alibi is the latest in a series of Jason Kolarich thrillers from Ellis, whose background as a Chicago attorney no doubt underpins his ability to write the credible and exciting courtroom scenes that contribute substantially to his popularity.