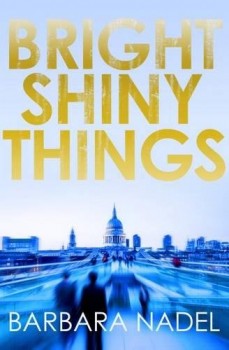 Private investigator and ex-soldier Lee Arnold is visited by an old army friend. Abbas al’ Barri, a translator in the Second Iraq War, now living in Ilford, who is convinced he has received a message from his radicalised and estranged son, now fighting with ISIS. Does the cryptic message – a relic which any ISIS fighter should have destroyed – indicate a change of heart? Abbas is desperate for help.

Lee enlists his Muslim assistant, London Bangladeshi and psychiatry graduate Mumtaz Hakim, who is trying to deal with problems of her own within her community. Together they hatch a deception to bring the self-confessed terrorist to the West, using the online recruitment techniques of radical Islamism against him. But in a sea of lies, deception and death, Lee and Mumtaz have little to guide them.

This is true noir, no invention by a clever writer with little first-hand knowledge of their subject. This is today’s headlines, populated by real people with real problems. Arnold and Hakim are real PIs, spending much of their time dealing with the service of writs or sordid divorce cases. Arnold is an ex-copper who has pulled himself back from the brink after his Army experiences. Hakim, recovering from a disastrous traditional marriage, is seeking to prove good Muslim women are not made of glass and can be just as tough, competent and independent as their Western sisters. What brings them together, apart from a mutual – and denied – attraction, is the need for society to change to combat extremism through empowerment and education.

Backing them is an incredibly strong and believable cast, from the outrageous cross-dressing owner of a Bangla Town shop, through the Briks Boyz, a vicious street gang exploiting Islamic beliefs to justify a ‘gangsta’ philosophy, to the bewildered elders unable to come to terms with the changes of modern life.

This unvarnished reality, delivered in a flat, almost journalistic, style for impact, makes this a stunning read – although Nadel’s often brutal opinions are hardly likely to win Brownie points with those she so roundly condemns!