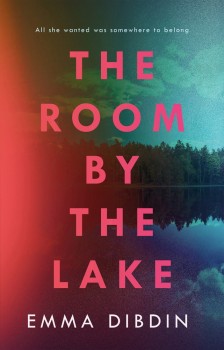 The Room by the Lake

Caitlin leaves behind her life in London and heads for New York in search of a new start. Instead of a job in a coffee shop and a cheap apartment, she finds herself drawn to the simplicity of life in a cult.

In a bid to escape from her drunk father and tainted memories of her dead mother, Caitlin takes a flight from London to New York. The Big Apple is supposed to be a new start, a fresh perspective. But instead she finds herself as lost and lonely as she was at home, staying in a low rent motel and riding the subway. In her desperation for company, she starts up conversations with over-friendly baristas, and winds up at a party where she doesn’t know anyone. Just as she’s about to leave, she spots a guy across the room and meets Jake for the first time.

One magical week later, he’s asking her to go with him for the weekend to meet his family at their idyllic upstate home, a couple of hours drive from the city. She’s just about in love enough to say yes, but once they arrive, Jake becomes cagey. When his so-called family returns from a long hike the next morning, she realises that rather than a weekend with potential in-laws, she’s about to spend the weekend at a commune.

A couple of days with a group of strangers isn’t really what she signed up for, but there’s only one bus a day back to the city and she has already missed it. As the weekend goes on, she’s drawn to the idea of a seemingly simple life, just as she was drawn to Jake in New York. She’s fascinated by Don, the group’s charismatic leader, and the exercise and the diet are everything her body has apparently been craving.

What I loved about this book is that as the reader you’re on Caitlin’s disturbing journey right along with her. Her perspective becomes skewed by the ebb and flow of the group dynamic, by her one-to-one sessions with Don, and by the routines and rituals of life in the commune. There’s a surface calm enhanced by the lakeside setting, which is underpinned by a subtle brutality of the exercise regime, the strict diet and suspiciously copious amounts of alcohol. Just as Caitlin becomes aware, too late, of what’s happening to her, so the reader is lead to draw the same conclusions at the same time and shares her helplessness as she tries to fight her loss of self.

Whether the author is writing from pure research or some experience – directly or indirectly – the detailed inner workings of a cult in east coast America feel very real and frighteningly plausible; how easy it would be to surrender to the temptation to let go of life’s struggles and give ourselves over to someone else’s direction.

While not my usual choice of reading material, I became so wrapped up in Caitlin’s story that I devoured this book in a weekend. It’s compelling writing and a warning to anyone looking for an easy fix: sometimes our worries and pain may seem overwhelming, but they’re our worries, it’s our pain, and that’s worth fighting for.