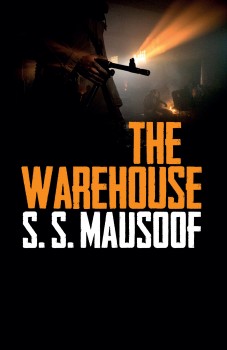 A Pakistani insurance surveyor is tempted into a lucrative job in a very dangerous part of the country, and is launched into a series of harrowing adventures.

Karachi insurance surveyor Syed Quais Ali Qureshi, Cash to his friends, is offered a job in the wild north-west. Underwriters in Karachi have accepted a claim for loss after a fire at a warehouse there, and in turn claimed on reinsurance from Lloyds. However, the policyholder is now declining payment, which puts the Karachi firms in a difficult position. They want a professional report confirming the damage, and a receipt confirming disbursement.

The factory is located in Waziristan, which in 2011 when the book starts was a very dangerous place to be. Cash is not worried; he has a sophisticated urban approach to life, a famous name and plenty of contacts with movers and shakers in government and the military. Moreover, the contract is being offered by an old flame where the embers show signs of springing back to life, and the financial rewards are substantial. Cash has a daughter in her late teens, and a good education is essential.

Things start to go wrong almost immediately. On arrival at Mianwali, the last major town on the way, he defends a woman from violence at a wedding party and finds himself accused of offending a man’s honour. Only a substantial payment will protect him from deadly assault. An army base where restitution is to be made comes under attack, and Cash ends up in the custody of the Taliban, beginning a prolonged and painful series of tribulations.

This book is an illustration of the width of the ‘crime fiction’ genre, and is perhaps more properly described as an odyssey. The closest comparable I could think of is perhaps John Barth’s The Sot-Weed Factor. Cash is always optimistic and despite a tendency towards sarcasm in speech is a humane and kind protagonist, an innocent brought face-to-face with the most ghastly aspects of human civilisation.

His progress generates horror, disgust, and humour in equal measure; a Swiftian exploration of the madness of war, and especially a war involving societies most accurately depicted as medieval, newly saturated with the latest in communications and military technology. Picture bearded Taliban avidly watching the most vapid of US TV, simultaneously despising the culture which spawned it and lusting after the female flesh so wantonly displayed.

While the author pulls no punches in depicting human cruelty both personal and institutional, he also suggests that humanitarian values, including concern for others, can be found anywhere. Cash forms close relationships with those with whom he comes into contact, and his genuine feelings for them and efforts on their behalf make him a protagonist that is truly sympathetic. This is a book that will give you some idea of what it is like to live in a war zone, and also make it hard to believe in easy solutions.