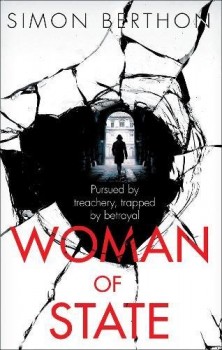 It is 1991 and the Troubles are still ongoing in Northern Ireland. Maire Anne McCartney, an 18-year-old girl, is asked by her IRA boyfriend to help with the honey trap of a British Special Branch man.  She agrees to do so when he promises that there will be no violence – a promise that is not kept.

Maire Anne McCartney has everything to look forward to. She is a very bright girl who has done well at school and is now about to go up to Trinity College, Dublin, to take a law degree – a significant achievement by a girl from a Belfast working class background.

She is lying in Falls Park with her boyfriend Joseph when he suddenly asks her to help ‘the movement’. She is alarmed when he explains that he wants her to honey-trap a British Special Branch man so that he can be interrogated. He says that they need to find out precisely what he is doing in Belfast. He goes further and says that her brother Martin – an important member of their group – would agree with her getting involved.

Somewhat reluctantly she agrees to help, only to find that the promise of no violence is subsequently broken and the man is tortured and then murdered. Joseph and his companions are suspected but the police cannot prove their connection to the murder. However, they do find evidence in the flat, including her fingerprints and shoes, that points to Maire and she is arrested.

It becomes clear to her, however, that they cannot prove anything against her either, other than that she was in the room prior to the murder, and they are obliged to release her when she stubbornly refuses to cooperate. Her brother advises her to leave immediately for Dublin, get her degree and then leave Northern Ireland for good. This she does, vowing never again to make such a life-changing error, and determined to make the most of her second chance.

One day in the library she meets a young man name David Vallely who is doing research for a Master’s. She is attracted to him and the fact that he turns out to be English, with no connection to Ireland, serves only to increase the attraction. She no longer feels any loyalty to her home and sees him as a means of escape from it.  They become lovers and when he asks to meet her family she reluctantly agrees.

All goes well until Martin and Joseph arrive with two others from their Provo group.  Martin seizes the opportunity to tell her David is not what he appears to be. She immediately senses danger and insists that they leave secretly for Dublin in the middle of the night. Then, just as they appear to be taking up where they left off, David suddenly disappears without a word and Maire realises that their love affair is over.

If this seems like a straightforward narrative, it gives the wrong impression. The novel begins in 1991 and goes right up to what we assume is the present day, but it moves constantly in time. The result is that we are presented with situations that require incidents from earlier years to make them understood. This is quite an innovative approach and one that keeps the reader constantly on the alert, though it can at times be a little confusing in the latter parts of the novel as the author finds it more necessary to ‘tell’ rather than ‘show’. This, however, is a very minor criticism of a plot which always holds the reader’s attention.

The two main characters are Maire (who later becomes Anne-Marie) and Chief Inspector Jon Carne, a detective in the Belfast police. Maire, once a naïve 18-year-old, becomes a slightly cynical career politician who in the end finds herself unable to sustain her belief in the law and individual rights. Carne, who does hold to these beliefs cannot see how, as a policeman, he could fail to do so. Both are very well drawn and we find ourselves hoping that they can establish the relationship they both seem to desire.

The author naturally has a view on ‘the Troubles’ and comes to the conclusion that they were driven by an intense hatred of the British state where the murder of those who serve it becomes an end in itself. British politicians who take the easy, self-serving path are dismissed with the same degree of contempt. It would be wrong, however, to regard this book as merely an historical thriller. It also has the merit of being concerned with the inconsistencies of human behaviour.