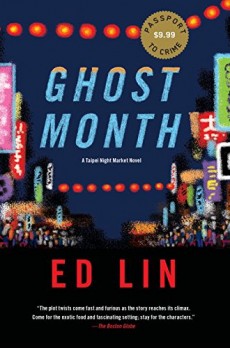 When Jing-nan hears that his high school sweetheart has been murdered, he is determined to get an explanation, especially when he gets warned off.

Jing-nan is devastated when he reads from a newspaper that Julia Huang has been shot and killed working lightly-clad at an unlicensed betel-nut stand. As schoolchildren in Taipei, he and Julia planned to get married after they graduated university in the US and got good jobs there. But Jing-nan was forced to return to Taiwan when his parents died to run their street restaurant, and it turns out that Julia too was back home, although this is the first he had heard of it.

Jing-nan tries to find out what lay behind Julia’s murder. Her parents were not even aware she was back in Taipei. He contacts two old school friends, but again makes little progress: Peggy, the scion of a rich developer family, seems more interested in replacing Julia in his affections, and Ming-kuo is a loser who seems overjoyed that someone would be interested in resuming contact.

Someone has been monitoring Jing-nan’s interest in the murder, however. An ABC (American-born Chinese) threatens that his enquiries will get him into trouble. It seems that Julia had become embroiled in a dispute between Dark Water, a major gang, and a subsidiary. Nonetheless, Jing-nan feels obliged to find out what he can, and the threats to himself and his friends become severe before matters are resolved.

Readers are probably best advised not to look at the plot too closely, but this weakness is easy to overlook given other aspects of the book. In particular, it provides an excellent summary of Taiwan: the several groups of people who took up occupation at different times, the range of foods enjoyed, politics both overt and less-well publicised, religious beliefs, and everything else which makes the island unique. In case this does not fully emerge from the text, the author adds a glossary covering key features in even more detail.

Ed Lin imbues his characters with vigorous life. Quiet Jing-nan becomes the voluble and jocular Johnny to attract customers to his stall. He shares the work with Frankie the Cat and Dwayne, good friends each with his own history. Jing-nan himself, despite his self-doubt, seems to be a bit of a babe magnet and has two girls vying for his attention, both well-off but having taken very different routes to reach that happy situation.

The book is one of those crime stories with a strong musical theme, something which can be appealing if the protagonist’s tastes coincide with yours. Jing-nan is an enthusiast for Joy Division, from where he gets the name of his restaurant, Unknown Pleasures. Fans of Joy Division and New Order will probably find the book irresistible; for others, Jing-nan’s first-person guide to Taiwan still provides plenty of interest.