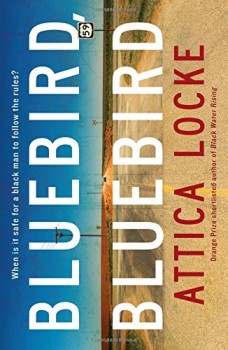 Texas Ranger Darren Mathews is suspended from duty but makes his own way to a small East Texas town where a double murder shows signs of being racially inspired.

Black protagonists are unusual enough in crime literature to make Texas Ranger Darren Mathews’ colour deserving of special mention, especially as it is crucial to both the crimes he investigates, and to his own motivation. His experiences in the course of the book lay bare the continuing stress in Southern US states between blacks and whites, and suggest a convincing picture of how this plays out for those involved.

Mathews begins the book suspended from duty as a result of an ongoing court case. Under provocation from Malvo, a man with links to the white supremacist Aryan Brotherhood of Texas or ABT, Mathews’ friend Mack seeks his intervention. Mathews engineers a peaceful resolution, but when Malvo is found shot dead the next day, Mack is accused of murder, and Mathews is tainted by implication.

His suspension reflects his bosses’ nervousness about anything which would provoke racial tension, or the publicity which might put a national spotlight on less-than-PC local attitudes. This does not, however, dissuade Mathews from making an unauthorised visit to Lark, a few hours’ drive away, where the murders of a black man and a white woman only two days apart also suggest that race has played a role.

On arrival, Mathews meets Randie, the wife of the black murder victim, Michael, who was born in the area but just visiting when he was killed. On the day of his death Michael was seen with Missy, a local white girl, who became the second victim shortly thereafter. Missy’s husband Keith has spent time incarcerated for drugs offences, and Missy has been known to keep company with black men before, to her husband’s embarrassment.

Mathews identifies Keith as a possible suspect. Another focus for his suspicion is a local bar, Jeff’s Juice House, run by a man with ABT tattoos and a very hostile attitude, and which Mathews thinks to be a likely distribution centre for the illegal meth flooding the district.

Mathews is sympathetic to Randie’s distress, especially as her estrangement from her husband over his determination to return to his roots parallels his own dispute with his wife Lisa, who is keen that he should resume the law studies which he interrupted to pursue a career as a ranger. But Mathews believes that he can make a difference to the position of his black community, with interests so often overlooked or worse when it comes to criminal investigations.

The solution of the case can hardly be said to be down to clever detective work, but Mathews’ courage and tenacity in the face of danger is a catalyst which leads to a result. The author explores the preconceptions of both sides which, as much as any hatred, have prevented a true understanding of events. She also helps to explain how this part of America at least looks to someone who is gifted and black.