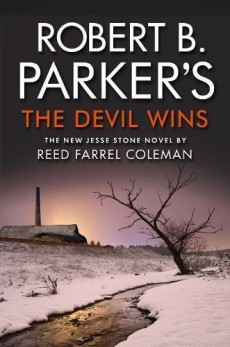 Robert B. Parker's The Devil Wins

A storm exposes a body, and the remains of two more killed years ago. Police Chief Jesse Stone investigates an event nobody in Paradise is keen to talk about.

Jesse Stone, a character brought to life by the late Robert B Parker, first arrived in the Massachusetts town of Paradise more than a decade ago in a bid to escape an unhealthy relationship and a serious drinking problem. Since that time he thinks he has come to know the town well, but when human remains are exposed by a storm he finds out that there are past events about which the town has kept very quiet.

Twenty-five years earlier, two girls went missing during the Fourth of July celebrations. A police investigation produced no useful information, but the feeling in town is that the key lies with locals. Even Stone’s deputy, Molly Crane, seems to have a personal connection, something she is reluctant to talk about.

However, the latest death has evidently stirred the pot and brought old tensions to the surface. Maxie, the mother of one of the dead girls, arrives for the funeral and is promptly found dead at the foot of some cliffs. Suicide is a popular theory, but Jesse is not convinced. His efforts to unravel the mystery make slow progress, but the local Selectmen who appointed him are pressing – and make it clear they will allow him a matter of days only to get to the bottom of things.

Stone is an agreeable protagonist, a good-looking guy of few words but plenty of gravitas. He still has problems over Jess, the woman who provoked his flight from LA, and with alcohol, but with the help of Dix, a psychoanalyst, is coming to understand his true nature. Not that this self-examination slows him down any; he spends the book on the brink of a relationship with the attractive ME, Tamara, who makes it clear she would be happy to take things further.

Stone’s serious side is also shown by the sub-plot concerning one of his deputies, Suit. Suit is young and enthusiastic, hero-worships Stone, and is still recovering from a shoot-out which nearly proved fatal. Stone feels guilty about Suit’s readiness to put himself in the firing line, which comes across as criticism. With a little help from Dix, he resolves the problem by the end of the book.

This is the 14th Jesse Stone mystery, including three by Michael Brandman, and two by Reed Farrell Coleman. The story is told well enough, but after so many episodes Stone’s struggles with himself, with Paradise, and with his staff are becoming a little stale. By the end, Coleman has killed off several regularly-appearing town characters, and this may suggest that the author is bringing the series to a close.  If only for that reason, Jesse Stone fans will not want to miss this latest outing.