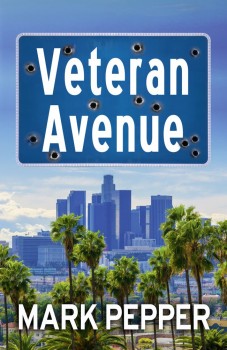 John Frears visits the US for the funeral of an old military buddy, and finds a connection to a girl whose photo he has been carrying in his wallet for over 30 years.

The book begins with a brief episode set in 1978: an eight-year-old John Freaks is visiting the US with his English parents. In a ghost town in Oregon he by chance meets a Vietnam veteran who seems to have been waiting for him. He takes John to an isolated cabin, and gives John a photo of his granddaughter, implying that this will have meaning at some future point.

The action then moves to 2013, by which time John is the veteran of several military conflicts via service in the French Foreign Legion. He is visiting the US once again, this time for the funeral of Donnie Chester, a US soldier with whom he formed a strong bond. He meets Donnie’s father Dodge, a man still traumatised by his experience in Vietnam and now compounded by Donnie’s shameful death. John and Donnie’s sister Virginia make an immediate connection.

In another part of the same city, LA cop Larry Roth is mourning the death of his long-time partner and is less than impressed by Joey DeCecco, his rookie replacement. Roth is bent, and when he is told about some Armenian drug dealers, he is determined to intervene without back-up for his personal benefit. DeCecco derails Roth’s plans, and Roth, in an increasingly unbalanced mental state, takes out his frustration by battering his wife Hayley, and planning revenge against DeCecco’s family.

John wants to resolve questions arising from his childhood experience, and persuades Virginia to visit Oregon with him. They locate the cabin, undisturbed, and in the old vet’s belongings find evidence which connects the Chester family with Hayley, and her mother, Marie. Back in LA they manage to find Marie, and from that point the fate of the two families is intertwined.

There is, however, no time for a peaceful unpacking of the connections. Roth is becoming rabid, threatening DeCecco’s wife, and desperate to get Hayley back. Those in danger know that Roth is loose and are well-armed, but fail to appreciate his increasingly unhinged state, and the results become suddenly very bloody.

My primary difficulty with this book is the key plot device involving John and the photo. I find myself sometimes willing to indulge paranormal mechanisms where they result in a neat resolution; here I found the eventual explanation weak and unconvincing. It also represents a distraction from the essential action arising from Roth: the author has enough going on without introducing magic.

The portrait of Roth is in fact the best aspect of the book. His thoughts as revealed show him to be a deeply corrupt man who is better able to conceal his true intentions from himself than he is from others. This gives him a substance which makes his behaviour even more menacing.