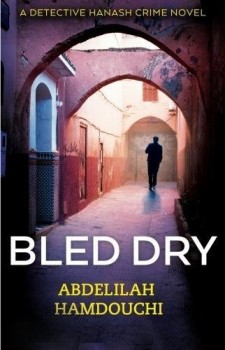 When a young Casablanca couple are found butchered, detective Hanash is under pressure to get quick results, if only to protect himself.

This is an excellent story about a crime, unusual in that the crime itself occurs more than halfway into the book. The first half sets the scene, and sets out a picture of more general lawlessness and disfunction which provide a fascinating context for the main event.

The victims are Nezha, still a teenager, and Said, a young man hungry for sex who is happy when Nezha is brought to his flat by his friend Abdel-Jalil. Nezha lost her virginity to a teacher while still at school and has fallen prey to those who have benefitted from her drift into prostitution. Farquash, a repulsive and brutal club owner who once made her a favourite, now threatens to maim her if she doesn’t produce regular cash payments.

Nezha is adrift: her father died young and her mother is crippled with pain and ineffectual. Her brother Ibrahim is weak; shouldered out of the market where his father operated a stall, he lounges the streets of the impoverished neighbourhood of Kandahar with his friends, in particular two religious zealots Sufyan and Driss. Ibrahim chooses not to look too closely at how Nazha generates the only income that keeps the family afloat.

The investigation of Nezha’s and Said’s murder is assigned to Detective Hanash, darling of the Casablanca police force since a ‘Grand Campaign’ against the hashish trade. In fact, this much-vaunted success was a travesty, merely a sleight-of-hand to satisfy the complaints of European nations, and involved the singling out of less-well protected businessmen and producers for arrest while protecting the better-connected.

Hanash has emerged with a high public reputation and plenty of illegitimate cash, which he launders through a beauty salon he set up for his daughter. He continues to find ways to augment his income, including shaking down businessmen caught with prostitutes, and had a recent encounter with Nezha in one such operation which he is anxious should not come to light in the course of the murder investigation.

While absorbing, the crime itself is less interesting here than the background: the hard lives and poverty of choice available to the poor of the city, the corruption and brutality of the police, and the lack of institutions or cultural values that protect the weak. Detective Hanash and the other characters are depicted as morally bankrupt and almost entirely focused on self-interest. All this comes across in a matter-of-fact way which makes the depiction entirely convincing. This is a book I can’t recommend too highly.