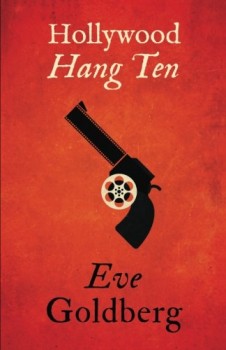 Surfer dude and private investigator Ryan Zorn takes his first independent job, locating a missing boy, but finds a connection to the blackmail of Hollywood stars.

With his mentor at Southland Investigations out of action with emphysema, Ryan Zorn is the only operative available when the LA firm get a call from Cora Flynn, whose son Joey has gone missing. Ryan has spent several years learning the tricks of the trade from his Uncle Lou, and at the age of 23 feels ready to take a case unaided.

Cora, a researcher at Pinnacle Studios in Hollywood, is reluctant to say too much but Zorn soon establishes that she has a drink problem, and that Joey disappeared the morning after he assaulted a man Cora brought home one night. Playing a hunch, he tracks down Joey’s father and despite a challenging confrontation secures the boy and returns him to his mother.

Soon thereafter, Cora’s house is broken into and wrecked, and Cora is sufficiently shaken to confide to Zorn her suspicions that this may be related to some photographs she found at the studio, shots showing a hot young actor in company with another man. She confesses to having sold the photos to Panozzo, a dealer in film memorabilia. Zorn quizzes Panozzo without success, and stakes out his place of business, but is frustrated when the man is shot dead without Zorn finding out who did it, or why.

Zorn continues to press his investigations, and with the help of his ex-girlfriend’s father Max comes to understand the bitter dispute between those on either side of the communist witch-hunt that dominated American politics in the 1950s.

Los Angeles has of course been the natural home of the private eye since Chandler, so much of the territory feels familiar. By setting the action in 1963, Goldberg is able to reference the House Anti-American Activities Committee as a backdrop, with plenty of scope for conflict of a personal nature, and also to explore changing attitudes towards homosexuality over the past 50 years. An episode in which Zorn experiments with hallucinogens is also appropriate to the time, but perhaps less well integrated with the plot.

Zorn does make a sympathetic protagonist, less hard-bitten than most of his tribe and still with a few of the illusions of youth left intact. The way he mentally references the lessons of his Uncle Lou gives more information than is usually provided about some of the techniques of the job, such as interview style, but Goldberg still withholds sufficient of Zorn’s plans to make the reader have to think about his process.

Hollyood Hang Ten has the feel of a story written to explore social issues rather than tell an exciting tale, but overall it’s an enjoyable read, if a little short on thrills.