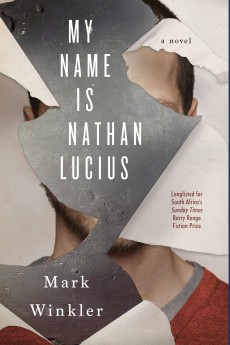 My Name is Nathan Lucius

Nathan Lucius sells advertising space for a Cape Town newspaper. When his only real friend Madge asks him to kill her, Nathan is prepared to help.

Nathan Lucius lives alone. He shows little enthusiasm for his job selling advertising space for a Cape Town newspaper, or for his colleagues in the office there. He is currently coupling with Mrs Du Toit, a divorcee who has moved in next door, although it could hardly be called a relationship. The only person Nathan actually likes is Madge, an older woman who runs a junk shop.

Madge has advanced cancer and confesses to Nathan that she is finding the pain intolerable. Her religious beliefs rule out suicide, but she asks Nathan to bring her suffering to an end. Nathan wants to help; he knows the law will exact a penalty if he is found to have assisted in Madge’s death, but finds a solution. Unfortunately, this proves to be the start of a radical change in Nathan’s behaviour.

Nathan narrates his story in the first person present throughout, and his perspective on things is very articulately set out. While Nathan negotiates life at work, drinking in the pub after office hours or servicing Mrs du Toit, his superficial appearance as a regular guy is clearly a pretence. Nathan doesn’t think like most people, and recognises the need to put on one of his library of faces at appropriate moments to persuade others of his normality.

It is also clear that despite such attempts, others recognise that Nathan is odd. Madge is truly accepting, some like Mrs du Toit are too focussed on their own needs to worry, but most find Nathan too strange to be comfortable around. The implications of his deviance are not revealed until the last third of the book, when we discover the roots of Nathan’s mental shape and fill in the gaps in his earlier recitation.

Nathan’s view of the world is insistent on factual detail while missing warmth in human interaction. It is the aspects that are missing which impel readers to explore assumptions about what constitutes normal behaviour and evaluate the reactions of others to those who are different.

The final section provides back story which gives clues as to why Nathan is like he is. Whether this stands up as a credible psychiatric explanation I have no idea, but it convinced me. And so believable is the portrait that it provides an altogether solid base for the tragic events built upon it. The pattern of those events is something about which an attentive reader can make some surmises in the first part of the book, and have their suspicions verified as the hidden facts become evident.