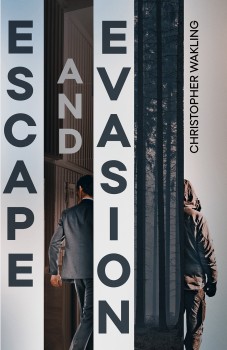 Joseph Ashcroft steals £1.34 billion from the bank where he works and distributes it to numerous strangers worldwide. Then he goes on the run

Joe Ashcroft works in the City at bankers Airdeen Clore, putting together big financial deals. His expertise enables him to divert £1.34 billion through untraceable pathways into the accounts of millions of strangers worldwide. He then drops out of sight, faking flight to the continent before going to ground in some familiar woods.

Joe narrates this tale in the present tense, although his mind is full of episodes from the past. Most recent in these memories is his life with estranged wife Naomi and children Lara and Zac, but he cannot repress other recollections, some arising from events during his period as a UN peacekeeper in the Balkans, and others related to his father’s death.

His father was unlucky enough to suffer from Huntington’s disease, a degenerative illness for which no cure is available. Children of a sufferer have a 50 per cent chance of inheriting the gene responsible, and since Joe’s brother Charlie has been tested clear Joe suspects he has it, and he superstitiously believes that seeking confirmation that he hasn’t would tempt fate.

Joe is an odd mixture. His ‘big beast’ position at the bank and his internal monologue shows him to be both intelligent and perceptive, and he plans and executes his disappearance with bravery and inventiveness. At the same time, his slips of memory suggest he may be developing the illness he fears, and he seems obsessed with negative and traumatic episodes from his past.

As time goes on, Joe’s grip on reality begins to slide. His initial proficiency dissipates and he becomes increasingly hungry and dirty. His thoughts turn to suicide. Without intervention he will not last much longer, but with the precautions he has taken to avoid capture it seems unlikely anyone will find him before it is too late.

I liked the beginning of this story: the idea of diverting bank funds to the less well-off is an appealing Robin Hood story, although how Joe managed to identify a million deserving cases is a little puzzling. The book is, however, firmly centred on Joe, a portrait of a man under strain. I think the story is convincing, while not necessarily creating a great deal of sympathy for the protagonist.

What the author does quite well is to convey the gap between Joe’s grasp of the world and reality. Joe proceeds in a logical fashion and thinks out each step in his progress, but it is evident to the reader that his lifestyle has no long-term viability. As time goes on, even the basis on which Joe has founded his escape is called more and more into question.

What is impressive here is Christopher Wakling’s ability to sustain interest in a single character who has only minimal interactions with others.