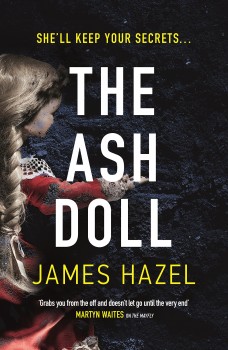 Lawyer Charlie Priest has a high-profile case which he looks like losing when his star witness fails to show in court, and subsequently turns up dead.

Charlie Priest was first seen in action in The Mayfly, and now returns with a new case. His clients are the staff of online magazine The Real Byte, defending an action for libel following an article about the Elias Children’s Foundation, a charity for child victims. The ECF founder Alexia Elias is said to have diverted funds for her own benefit.

His case is torpedoed when his main witness, ex-ECF employee Simeon Ali, fails to show in court. Priest and his assistant Georgie Someday hustle round to the flat where Ali has been living, but find no trace of him. Pushy journalist Elinor Fox also appears and all three are horrified when Ali’s body is found in the boot of Fox’s car.

Various clues suggest nasty goings-on, and the discovery of more bodies adds some urgency to Priest’s investigations. The author hints about some unspecified person pulling strings behind the scenes, and gives excerpts from a diary written from the perspective of a young girl who is trapped in a basement and abused, whose only friend is an ash doll.

I regret to say that I found much to irritate me in this story. I think my problems began with the discovery of a body in the boot of a VW Beetle. Since Beetles famously have an engine in the boot there is little room for bodies, and if there was, there is no way an observer could spot one ‘peering through the back window.’ Aren’t editors supposed to check for this sort of thing?

And once you come across something like that, you start to notice other solecisms – SOCO routinely leaving an officer to keep premises from which someone has disappeared under observation for 24 hours (really?), or a person being hit by a gunshot ‘sent sprawling backwards.’ People smashing mirrors with their fists and breaking pens to indicate stress also get a little wearing. For me, the late arrival of a letter explaining what has been going on, leading to a discussion between Priest and Georgie to nail down some of the more dubious plot points, came as the final straw.

Hazel has some good ideas but maybe too many, leaving inadequate time to fully develop them. Priest’s dissociative disorder; the problems he has explaining to Jessica that he fancies her; his brother William the cerebral serial killer, and Georgie coming to terms with a rape are all thrown in to jack up the level of stress but are not smoothly incorporated. Even the main plot seems to have some strange diversions. Ali has created a ‘hidden’ bedroom in his rented flat, at considerable cost and time presumably, for no reason which is ever properly explained. I like Priest, but could like him better if his adventures made a bit more sense.