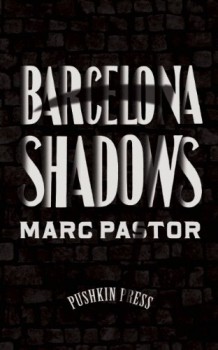 In early 20th century Barcelona, Inspectors Corvo and Malsano seek the monster abducting children for the most grisly of purposes.

In early 20th century Barcelona, children of the lowest strata of society are being abducted, disappearing into the shadowed corners of the city. Rumours of a monster are current, but the better off and the police chief who represents their interests, are disinterested. Worse, to avoid any constraints to their own depraved appetites, they actively inhibit investigation.

Luckily this does not discourage two police inspectors who are determined to expose the culprit: Moises Corvo and Juan Malsano. Their job is not an easy one, however. The abductions are being made by, or on behalf of, Enriqueta, a woman whose palpable embodiment of evil is combined with a strange force of attraction to the men who seem compelled to assent to her demands. The leads are few, and prolonged persistence is necessary before Corvo and Malsano make any real progress.

The book is told mainly in the third person, with occasional asides from Death in the first person whose contributions bracket the story. From the beginning the focus is on the two detectives, but also on Enriqueta and the creatures that do her bidding. The setting for action is primarily the poorest part of the city and its frequently unprepossessing inhabitants, scrabbling for a living from petty crime and trickery. All this seems like a breath of fresh air, however, after the depiction of the degeneracy of Enriqueta and her hangers-on. Suffice it to say the reader needs a fairly strong stomach.

The perseverance of the two detectives, particularly Corvo, is the driving force of the plot, and being privy to the ghastly goings-on behind the abductions the reader is inclined to see this as natural. Whether such dedication is realistic, especially from those not entirely free from the sleaze typical of the time and in the face of a strict prohibition from their superior, is moot. Nonetheless, Corvo especially emerges as a sympathetic character.

Barcelona Shadows is translated from the original Catalan, and in English reads a little uncomfortably, as well as leaving a few puzzles arising from local references or allusions. However, this overall does not interrupt the narrative which remains compelling, if only to see a halt to the horror. Those who like stories of the Victorian macabre such as those penned by Poe, Robert Louis Stevenson and Conan Doyle may want to give this a try.