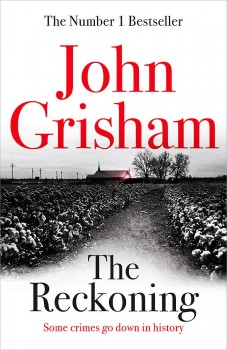 After returning to the rural Mississippi town of Clanton, World War II hero Pete Banning drives to his local Methodist church and shot the Reverend Dexter Bell. He has never said why.

Pete Banning’s family had farmed cotton on their 640 acres farm in the rural Mississippi town of Clanton for generations. Pete preferred a career in the military, but after a gruelling few years fighting the Japanese in the Philippines return to the farm in 1945 where his wife Liza, children Joel and Stella and several families of black labourers wait for him.

Pete had been declared missing presumed dead for several years, so his return is hailed as a miracle, and for a while the family is happy. However, after a period of time Liza begins to exhibit signs of stress, and eventually Pete has her consigned to an asylum. It is shortly after this that Pete, in an action apparently coldly planned, shoots and kills the local Methodist minister.

Pete’s standing as a war hero and a well-known farmer from a long-established family buys him plenty of goodwill, but as the case moves through the judicial system it begins to look as if he will be unable to escape the ultimate penalty. His case is made all the more hopeless since he steadfastly refuses to explain why he took the action he did. The true background is revealed only in the last pages.

John Grisham usually finds some area of legal practice around which to wrap a beguiling story, and such is the case here. I regret to say, however, that I found his latest less than thrilling. The book begins with the shooting, and the question which immediately arises is Pete’s motivation, but the author makes the reader wait 430 pages before he clears up the mystery.

The intervening passages are filled with the interminable series of primary court cases and subsequent appeals that create billable hours for American lawyers, and the reactions of Pete and his family during the process. This is all told in a way as inventively as possible, but there is nothing about the family that make them particularly engaging. There is some courtroom action but there are no surprises and these sections are again pretty dull.

There is a middle section which tells the story of Pete’s wartime – a death march after the surrender of Bataan, incarceration in a hellish concentration camp, and then a very lucky escape followed by guerrilla actions against the Japanese from the highlands of Luzon. An author’s note refers to his reading on the subject, and I’m sure his portrayal is accurate; it is a sideshow to World War II with which some readers will not be familiar.

Exciting as this section may be, however, it is entirely irrelevant and cannot make up for the insufficiently interesting main story. And I waited so long to hear the explanation behind Pete’s actions that by the end I was losing interest.