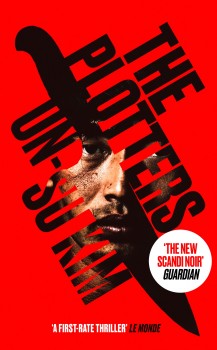 A Korean assassin ignores his instructions and permits a target to die in her preferred manner – the first step away from unquestioning obedience to his fate.

Reseng is a man in his 20s who, since being abandoned as a child, has spent his life in the Library under the supervision of Old Racoon. The Library, or Doghouse as it is also known, is in fact a centre for contract killings and Reseng is now one of its most skilled operatives.

Business is steady, with a well-established system of plotters and assassins. Those who generate the contracts are known only to a few and encompass some of the top figures in government and business, but the personnel involved in the plotting and execution are well known to those in the industry. The hit-men who actually carry out the killings are often given very specific directions about the manner of the death.

At the beginning of the book Reseng fulfils two contracts and although the executions are completed satisfactorily there are signs of a certain hesitation. Reseng moves to another town, takes a job using forged documents, and forms a relationship with a woman he meets. After several months he abruptly walks away from his new life and returns to Seoul.

However, something strange is going on. He suspects he is himself being targeted, always a professional risk, and after extensive exploration of his flat finds a sophisticated bomb in his toilet. A colleague at the Library makes a careful analysis of the contents and tracks down the person who constructed the device. This turns out to be a woman with plans for the system of contract killings, and an agenda in which Reseng will play a crucial part.

This is a strange book in many ways which some may have difficulty in taking seriously. The purpose of keeping a library stocked (and re-stocked) with thousands of books which nobody ever reads would be a very expensive and nonsensical exercise, and the notion of an industry employing dozens of people busily employed ‘plotting’ the precise activities of hit-men also somewhat whimsical. At the same time it is not exactly funny: the serious Reseng’s confrontations with the unexpected are sometimes slightly humorous, at best.

At times it appears that the author is aiming for allegory, but if so his target is unclear. Reseng’s thinking is evident only through the action he takes; he never expresses feelings except of the most superficial kind and the reader is left to guess whether he is more than the sociopath his way of earning a living suggests him to be.

The book is an elaborate fantasy based on a distorted version of reality which might possibly illuminate areas of human interaction in a new way. Personally, however, I am not convinced.