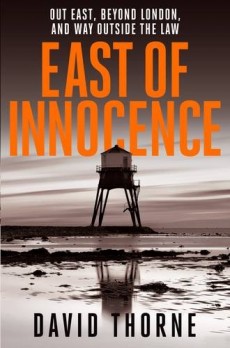 Danny Connell, a lawyer still immersed in the gangster society where he was raised, has two new clients, both in trouble with dangerous people.

Danny Connell is an Essex lawyer, the son of a minor gangster and still very much immersed in criminal society. He gets a couple of new clients: one, Terry, is a policemen who is being threatened by another, Baldwin, a very nasty piece of work. The second client, Billy, is the victim of a hit-and-run driver and wants compensation, but it becomes clear that the injury was intentional and ordered by Halliday, a major villain who Billy had ripped off.

Danny tries to engineer a solution to both cases without occasioning harm to his clients or himself, but he also has a more personal mission. He discovers that, contrary to what he had always been told, his mother did not desert him but was sold to a gangster from Manchester, and Danny becomes determined to find her.

With one exception, Danny’s family and friends are all career criminals, colourful, perhaps, but with little to recommend them: hard, competitive men with a well-developed tendency to violence. The son of an abusive and violent father, Danny is angry and hot-tempered himself, and reacts aggressively to the frequent attempts to manipulate him. But Danny is more perceptive than his contemporaries, aware of the need to exert control over his own emotions, and understands the bleak social patterns he sees around him. Given this insight, and his professional qualification, it is difficult to understand why Danny would not have taken steps to move into a society where life was less unpleasant.

The only answers that David Thorne seems to suggest to this question are Danny’s consciousness of the violence in his own nature, which is frequently referred to, together with his need to obtain some answers about his own past. If he had made more of the claims of Danny’s old school friends and peers to his friendship, his choice to hang around would have made more sense. As it is, Danny’s decision to remain in place and risk severe penalties for no great benefit seems questionable.

These reservations aside, the story is well-paced and interesting enough to whet the appetite for revelations about past events and the outcome for the key characters. Danny tells the story in the present tense which, as always, tends to project the reader into the action. There are one or two violent scenes nasty enough to satisfy anyone looking for that particular type of frisson.

East of Innocence is David Thorne’s debut novel, the first in a promised new series, and optioned for TV.  The more extreme elements of Essex society seem to be popular entertainment and Danny Connell may do well, but longevity would be better ensured if the villains are given more depth, if only to explain why Danny doesn’t wave them all goodbye.