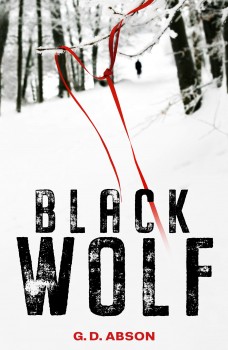 It is only chance that a body left by the roadside outside St Petersburg in early January is discovered before the snow buries it for the rest of the winter. Captain Natalya Ivanova is assigned the case.

Captain Natalya Ivanova of the Criminal Investigations Directorate was first brought to life in Motherland, and returns to investigate the body of Liza, a woman found by the roadside outside St Petersburg with no marks indicating the reason for her death. Ivanova has made preliminary progress when she is approached by a woman, Vita, whose brother Max has gone missing.

By this time Sledkom, a superior force with political backing, has discovered that Liza was a member of the Decembrists, a dissident group who stage events designed to embarrass the corrupt upper echelons of Russian society. Ivanova is bumped off the case, and the press starts to leak suggestions that Liza was a drug-taker and a prostitute.

Ivanova believes that the fate of Liza and Max is connected and linked to their role in the Decemberists. If Sledkom find this connection, they will be happy to attribute Liza’s death to Max or find some other convenient way to blacken the victim. The detective is determined to find the truth, despite the obstructions put in her path.

These obstructions are serious indeed. Having warned her off the case, Sledkom retaliate when Natalya continues to be seen in the wrong places. Her boss Dostoynov is already exerting pressure through Natalya’s husband Mikhail by sending him off to Siberia to solve impenetrable cases, and when she does not back off her home is raided for ‘evidence’ which will be manufactured if necessary. Only a major result will save her, Mikhail and their son Anton from disaster.

This is the best detective fiction set in Russia since Martin Cruz Smith’s Arcady Renko series – fast-moving and gripping from the first pages. The detail is wholly convincing: the bitter cold and the means the residents achieve partial success in coping with it, the dislike between different levels of the police hierarchy, and the naked use of power entirely outside the authorised institutions.

The cynicism about Putin and his cronies is total. Residents spray-paint the name of a well-known dissident on the snow piled outside their buildings, knowing this will ensure prompt clearance. Deaths and disappearances associated with the mildest expressions of discontent make it very brave to stand against the corruption which is so prevalent.

Against such a background Natalya Ivanova comes across as resolute in her refusal to cave, but at the same time she does her utmost to protect those who are powerless. She loves her husband but agonises about an event in his past which produced some the money which maintains their lifestyle. And she is a great detective, whose moral authority and courage makes it difficult for those in power to bring her down.