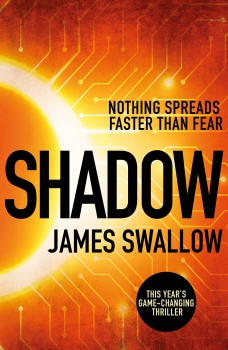 Marc Dane and his partner, ex-Delta Force sniper Lucy Keyes, must thwart a plot by an international group to use extremist right wingers to unleash a lethal virus in a major European city.

Getting in step with the adventures of superhero Marc Dane and his partner, former black US Delta Force sniper Lucy Keyes, has so far proved beyond me. In this fourth of the series the pair again save the world from another plot by the Combine, a shadowy group of the mega-rich and powerful exploiting an alliance of convenience with an ultra-right-wing extremist group which plans to unleash a lethal virus in a major European city with a large Muslim population.

The neo-Nazis, led by a madman so evil even the SS would have had doubts about admitting him, kidnap a genius female bio-researcher who has the ability to create a deadly biological weapon.

Dane and Keyes, key operatives in the covert strike force maintained by Rubicon – an organisation run by an African multi-billionaire and devoted to relief work and thwarting major criminal enterprises – begin a desperate search for the missing scientist which takes them from the frozen wilderness of Iceland to the slums of the Near East and the dark underbelly of a fracturing Europe, where they discover the extent of the shocking atrocity in the making.

Veteran scriptwriter James Swallow again offers a relentlessly paced story. But somehow it doesn’t ring even close to believable for me.

Dane, a former Navy technician, helicopter pilot and MI6 officer, is a quick-thinker and mentally and physically able to adapt quickly to any situation. He’s motivated by revenge for the death of his love and the members of his former unit at the hands of the Combine, and is also prone to rashness.

The ‘tough guy’ role goes to Keyes, a steely professional with a kick-ass attitude to life. Even so, the reader must accept her role as a female sniper in America’s super-elite – and allegedly all-male – Delta Force!

Surrounded by a mass of technical jargon, the pair face – and overcome – an almost endless and completely unbelievable series of physical threats as this frenetic story jumps from one action sequence to another before building to a cinematic climax.

This is pure escapism, strongly focussing on character and motivation, but so far over the top in terms of both the international threat level and the physical and deductive performances of the two principals, that it’s all too much for me.

But if you like a superbly written, rip roaring, hi-tech, action adventure thriller, it’s a real stunner!