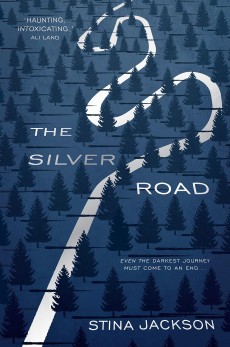 In a remote part of northern Sweden the lives of two people become intertwined. Lelle keeps searching for his teenage daughter Lina who had vanished without a trace three years ago. Meja has just moved to the area with her mentally unstable mother.

Seventeen-year-old Meja arrives in a small place in Norrland in northern Sweden one summer. She reluctantly follows her mother Silje who’s been running from reality and social services for as long as the girl remembers. This time they are both starting anew with a lonely older man whom Silje had met online.

Living in a house located in the middle of a forest seems like a positive change. Yet as the drinking and unstable behaviour of her mother continues, rootless Meja, responsibility weighting heavily on her young shoulders, feels even more alone. Unable to sleep during light summer nights she often sits by a lake and meets a hard-working idealistic Carl-Johan and his two older brothers. A careful friendship starts to develop.

After some unpleasant situations at her new home, she moves in with Carl-Johan and his parents into a remote farm surrounded by dense forest. The family represents everything that she’s been missing: a sense of security and belonging, and abundance of food. She tries to ignore the survivalist motions, the reckless energy of the oldest brother, lectures about the end of the civilised world, and gathering supplies of all kind to survive the impending social catastrophe. Meja isn’t aware, though, of what’s coming her way as dangers might be hiding under the surface of peaceful and isolated existence.

Her story is intertwined with the poignant tale of Lelle, a desperate and grieving father whose daughter Lina disappeared from a bus shelter on the Silver Road three years earlier. Lelle spends each summer driving the road under the midnight sun, searching for Lina who was the same age as Meja, searching for any sign that the girl is still alive. He’s disillusioned with police, and combs through the undergrowth between the tall trees, asking questions, checking forgotten houses, abandoned wooden shacks, frantically trying to find meaning to his life after it has been destroyed by the unspeakable trauma.

His wife, too hurt to cope with the tragedy, has left him. Local people keep out of his way, and only some of his old friends dare to keep an eye on him. When autumn comes, the routine of his teaching job brings a small element of sanity as well as the strange feeling of connection with Meja in the class.

Stina Jackson’s The Silver Road is a masterclass in evocative sadness, loneliness and redemption, told in a sensitive and captivating style. The author beautifully portrays the pain of losing a child and the conviction that truth must be found, however devastating it might be. As Lelle and Maja recognise similar haunting emotions in each other there is hope for some salvation. But the road leading to it remains tragically difficult.

On a different level Jackson balances the emotional journeys with the physical world of nature where fauna and flora play a significant role. Descriptions of the all-encompassing changing weather, the light and the darkness, the influence over human beings – all this is vivid and powerful. This tense, atmospheric debut has been sensitively translated by Susan Beard.