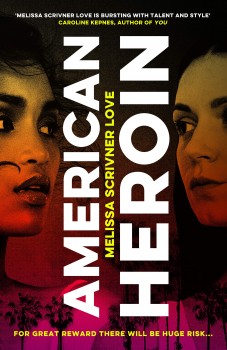 Lola Vasquez has become a woman of substance in her South LA suburb through the retailing of narcotics, but her continued survival depends upon meeting challenges with some very tough decisions.

This is the second instalment of the tale begun with Lola Vasquez, and continues the story, told in the present tense, of a woman who despite a disadvantaged upbringing runs a successful drug distribution network in a south Los Angeles suburb. Thanks to a friendship forged with Andrea, a deputy DA with a second career also involving drugs, Lola is doing well, putting away money and contemplating a move into a better neighbourhood.

A problem arises out of the blue when Lola, who has become a minor neighbourhood godfather-style figure, is manipulated into arranging the killing of a man currently sharing jail with her brother, Hector. It is only after the event that Lola becomes aware that the dead man held a position in a powerful drug gang, a gang who demand a sacrifice from Lola in the form of the betrayal of her partner in narcotics, Andrea.

Lola faces a terrible dilemma, but she takes on the challenge with her usual determination to find a solution. Tipped off that there is some history in the dispute, she undertakes some enquiries and discovers facts crucial to her understanding of events. The reader has been forewarned by short interludes to the main story featuring a 12-year-old girl, Louisa May, who takes extreme action to protect her family.

Lola’s lack of conscience about her role in the provision of narcotics might seem strange given that she was pimped out as a child by her mother, desperate for a fix, and that her adopted daughter Lucy, now seven, was rescued from the same fate. But as far as Lola is concerned there are other factors which are more important in securing a reasonable life for women and children; drugs are a fact of life, and if a better future for those she cares about can only be secured through dealing, then that is something she will do.

Drugs aside, however, she feels strongly the sense of responsibility which comes with power in her neighbourhood. Lucy is the key to her aspirations for a better house in a better district, better education and friends with ambitions above the strictly material, but while she remains in Huntingdon Park she disburses a substantial chunk of her earnings helping out those who live nearby.

In fact, her gang, the Crenshaw Six, is small and we only catch occasional glimpses of the street corners where young men retail the drugs, or of Lola’s supervisory role for this sort of activity. Even here though, it is clear that her clear thinking protects her gang, and her ability in ensuring the business stays on track is far in advance of what her gang members can offer. She displays intelligence and where necessary an astounding preparedness to make the hardest decisions you can imagine having to take.