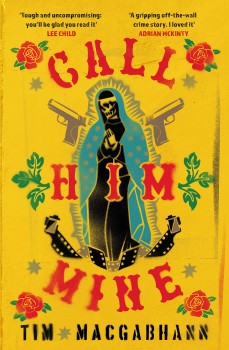 When journalist Andrew and his photographer boyfriend Carlos come across a body in the street, Carlos pushes for answers and pays a terrible price. Andrew is determined to identify those responsible and exact some sort of retribution.

Journalist Andrew and his photographer boyfriend Carlos have made the trip from Mexico City to Poza Rica in eastern Mexico to gather information about this failing oil town, where fracking is poisoning the land and residents are being intimidated into silence. On their way home they find the abused body of an activist dumped on the street. Carlos ignores Andrew’s fears and threats from the police, and decides to stay and investigate.

Andrew’s worst fears are realised when Carlos is tortured and killed. Overcoming his grief, he manages to retrieve information put together by Carlos and extends his knowledge by talking to anyone who can help fill in the blanks. But the people he is up against are very dangerous. Some of the worst of these are police, so the justice system is no help.

His contacts eventually provide sufficient information to enable publication of a verified indictment of the system in Poza Rica, where foreign oil companies have been complicit in the brutal repression of any protest against the harm to both the locals and the land on which they live. The question is whether Andrew will survive long enough to get the chance to see his accusations in print.

The fictional characters with which Tim MacGabhann populates his political world are somewhat larger than life. These include several heavies well suited to fill your worst nightmares, and Andrew himself, a recovering alcoholic who doses himself with LSD to help overcome his grief at the loss of his partner. One would hesitate to recommend this as an effective remedy, but it is only one aspect of Andrew’s rather bohemian lifestyle which adds a note of humour to the dark narrative.

As he moves about the country some of the challenges of living in Mexico become apparent: the bad air, the prevalent violence and availability of handguns, corruption, the cheapness of life and the low standard of living. At the same time, he finds honest people hospitable to strangers and willing to take risks in the cause of the truth. Life for the many can be hard, and you have to admire those who refuse to be crushed by it.

In a post-script the author provides references for assertions about the political situation in Poza Rica – interaction between the Zetas drug gang, the poisoning of the land through uncontrolled fracking and political and police corruption – which invites readers to regard his novel as being fiction but with a strong underlying basis of truth. The fiction element certainly grabs your attention, with plenty of menace and a central character just possibly mad enough to achieve revenge.