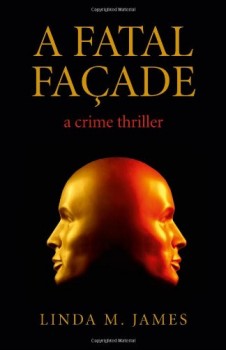 Ex-DCI Jack Bradley suspects the death of an art dealer was murder. If he can prove it he may be able to re-join the police career he abandoned.

DCI Jack Bradley has resigned from the police after being criticised for failing to prevent the death of a persecuted immigrant. He is working as a chauffeur for an old woman and has early access to the scene when her neighbour, rich art dealer Paolo Cellini, is found dead. His plodding replacement puts the death down to a heart attack, but Bradley suspects murder, and is unable to resist investigating the case.

Three other people are particularly affected by the death: Bianca, a night-club singer, Rico, who manages Cellini’s club, and the mysterious blonde who was at Cellini’s apartment at the time of his death. Bradley makes progress, but is borne down by the crushing knowledge that his beloved wife Lucy is dying of muscular dystrophy, and worry about his teenage son, who copes by taking out his anguish on his father.

The book is told in the past tense, with fairly short chapters each headed with the date, to allow the author to move backwards and forwards in time without spreading confusion, and to keep certain crucial pieces of action back for a late reveal. The plot does make sense, but there are too many coincidences, the striving for the exotic is rather overdone, and there are several passages which fail to convince.

Towards the end when Bradley calls on his old Chief Super to let him know the results of his investigations, the CS immediately accepts Jack’s plan for a swoop on a major international drugs ring (with Jack in charge, naturally) and offers him his old job back. I’m pretty sure the police don’t work like that. Another rather striking lapse is when a body is found of a man…‘from the Philippines...(with) nothing in his pockets to identify him.’ Presumably he had his place of manufacture stamped on his forehead.

The most grating aspect of the book, however, is the amount of agonising going on. Jack is weighed down by the cares referred to earlier, Bianca is worrying about her dead lover’s two-timing history and Rico is fraught about the drugs gang who will kill him if he doesn’t find the drugs that Cellini was importing. The mysterious blonde lives in fear of her immortal soul, and her husband is distressed because his newspaper hasn’t been able to find a hit-and-run driver. Pretty well everyone is gripped by angst all the time – which becomes very wearing after a while.