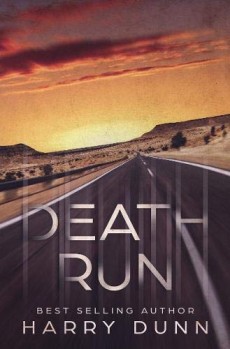 Private detective Jack Barclay is asked to investigate when a man falls from the top of a block of flats, and crushes and kills a woman in a car below.

Ex-copper Jack Barclay receives a visit from Eva Long, whose sister Susan was killed when a man dropped from a high hotel window onto her car, parked below. Susan had told Eva that her life in Spain, where she ran a beauty business, had become complicated, and Eva is suspicious about the location of Susan’s car at the time of death.

Barclay interviews people at the hotel and finds Eva’s doubts to be well justified. He and Eva fly to Malaga to find out more about Susan’s life. They find her house has been ransacked and uncover some cash. They report to the local police. Barclay gets a name, Vincente, from a friend of Susan, shadows the guy and assembles enough evidence about trafficking in narcotics to persuade the police to apprehend him.

The narrative follows Barclay and Eva, with intervening chapters about Vincent and his connections. Susan has been replaced as a courier, but some members of the chain have spotted an opportunity for greater profit. Rico, the head of the gang, realises that someone is taking advantage and follows the latest consignment to UK to recover the drugs and take his revenge.

The drugs in transit turn out to be fentanyl, a potent substance used to ginger-up adulterated cocaine. By the time Rico arrives in UK some of it has already been distributed, and this results in some deaths. Barclay makes it his mission to stop any further supply, but Rico is now in London and prepared to kill if necessary to get his profit.

This is the third full-length Jack Barclay novel. The detective handles himself well and is expert in the surveillance and breaking and entering that PIs are supposed to be good at. I found one or two matters a little dubious: his remarkably well-informed ‘private database’ for example, and the preparedness of a dealer to put substantial cash on the line to help Barclay interdict the fentanyl. But overall the plot makes sense and the parts about movement of drugs sound all too realistic.

What struck me as unusual, however, was how little was said about the attraction between Barclay and Eva. The arrival of an attractive client is normally played up but the author here is content with a very brief description, and despite the fact the relationship quickly becomes a personal one, the unprofessional nature of this is barely alluded to and then at a very late stage.

In fact, we hear nothing of the thoughts of Barclay or Eva other than those related directly to the crime story. The effect is to downplay any emotional impact of the dangers to the principals and rather undercuts the excitement which naturally arises from the showdown towards the end.