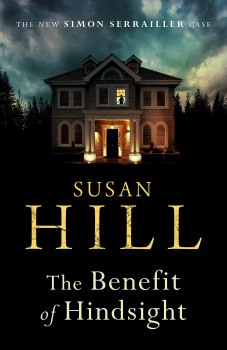 The Benefit of Hindsight

The Lafferton Police Force is just about coping with a series of ruthless and meticulously planned robberies. But a possible error of judgement puts Chief Superintendent Simon Serrailller's reputation on the line.

In this tenth novel of the series, Simon Serrailler is back with Lafferton CID after a violent attack which cost him an arm and almost his life. His previous outing saw him recuperating, and solving a crime of course, on a remote Scottish island – but is he fully fit, mentally as well as physically?

Now, Serrailler and his team must discover who is behind a series of robberies from the homes of local luminaries – robberies which are initially classed as victimless crimes but which soon escalate into murderous attacks. And there is a neat subplot involving an eccentric married couple who could be just odd or who may be hiding a case of child neglect.

As always Susan Hill draws her main characters well and the Serrailler family are all present and correct in this edition: unemotional Simon, unwilling to admit that his mental recovery is far from complete, and his sister Cat, now enjoying newly found fulfilment as a GP in a private medical practice. And their wayward father is back on the scene and up to his old tricks with the ladies! Plus we have the cobbled streets of middle-England Lafferton surrounding the ancient cathedral where Simon spends his spare time drawing the medieval angels which are being restored.

The Serrailler books could be seen as the Aga-sagas of the crime world. But Susan Hill is a well-established prize-winning novelist, the stories are well-written and the subplots neatly woven into the whole.

My main quibble would be that there may not be enough meat in the main story for a standalone crime novel and for the reader who isn't acquainted with this series. While the robberies are initially well-described and ingeniously plotted, ultimately they are not satisfactorily resolved to my mind, and there is little in the way of backstory which explains the motivation of those involved.

And likewise, the possible child abuse subplot is left somewhat hanging in the air.  It could seem as if, on this occasion, the author is more interested in developing the Serrailler family saga than in the mechanics of her current plot.