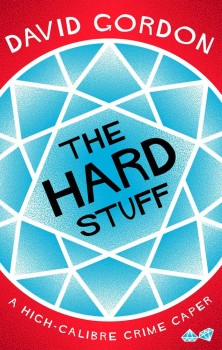 A terrorist is in town with some top-quality smack, for which he insists on payment in diamonds. Joe Brody intends to steal them – twice.

This follow-up to the excellent The Bouncer sees the return of the same characters, chief of which is Joe Brody, ex-special services, struggling with demons but still possessing skills which mob boss Gio ‘Gio the gent’ can put to good use. The activities of Gio, Joe and their friends continue to be of interest to various crime agencies, especially FBI agent Donna Zamora, who finds Joe attractive despite telling herself that she really shouldn’t.

As ever, the action is relentless, starting with an altercation in the club when rapper Li’l Whitey takes liberties with stripper Crystal. We then move on to a ‘survivalist’ camp where Joe and others have been sent to extract a man. Joe’s inventive solution enables the job to be completed satisfactorily, although as their opponents are heavily armed there are inevitably some casualties.

This is only a warm-up for the main event, however. A major terrorist is in town seeking funds to finance his nefarious activities by the sale of $4 million of heroin. He insists on payment in diamonds. Joe plans to steal diamonds to make the purchase, and then to steal them a second time to forestall any atrocities.

The heist is really exciting, and as with anything Joe organises is thought through to the last detail. No one suffers anything worse than a light tazing, and thanks to all that impeccable planning, a young tech wizard and skilled assistance, things go well. The handover looks to be problematic, however, as the partner of a man Joe killed in his last outing is planning to take an opportunity for revenge.

This series is as good as any in the heist genre: the complex planning, the detail in execution and the unexpected twists and turns as things roll out are a joy to read. But there are plenty of sub-plots too. Gio becomes aware that he has a leak in his organisation and takes steps to shut it down. His wife has suspicions about Gio’s unorthodox sexual activities and is determined to get some answers.

Meanwhile, Donna’s estranged CIA agent husband is the beneficiary of the leaks, and hopes to use the information to arrest both Gio and Joe, which will be good for his career as well as being one in the face for his wife, who he suspects is soft on Joe. Donna would like to get to know Joe better, but is somewhat alarmed when her mother and Joe’s gran Gladys become best friends after meeting in a gambling club.

In fact, the above gives only a taste of the full cast of characters, most with a tendency for deplorable behaviour but with much about them to appreciate. This is all done with a light touch and is very entertaining.