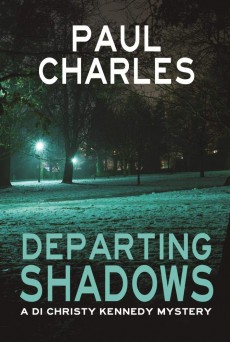 DI Christy Kennedy investigates a hit-and-run outside the Gomorrhian Embassy and finds his path to the truth entangled in diplomatic complications.

Paul Charles has brought a number of fictional detectives to life, most notably Detective Inspector Christy Kennedy, for whom this is the 11th outing. Kennedy spends most of the book wooing Nealey Dean, a rising star of stage and screen, while putting his mind to solving a heinous crime in his Camden Town patch.

The beautiful actress and occasional hostess Gabriella Byrne is run down and killed outside the grounds of the embassy of the People’s Republic of Gomorrah in Regent’s Park. Luckily, the event was caught on a phone camera by a passer-by, Kavanagh, and the footage suggests that the death was no accident.

Kennedy soon makes a link between the incident and the embassy but finds the ambassador very uncooperative. Kennedy’s suspicions focus on Tor Sheeran, son of the ambassador Lars, a spoilt 30-year old who might well have become enraged when Gabby rejected his advances. Tor, however, is proving very elusive and Lars makes it clear that he will claim diplomatic immunity to ensure Tor is not exposed to questioning.

Kennedy is given a Northern Ireland background, as that of his creator, whose origin and age is evident from his choice of music, the gentle sense of humour which pervades the writing, and the obsession with the production of tea and its accompaniments. The author rarely misses an opportunity of distractions, such as the irrelevant conversations of persons entirely unrelated to the plot.

The above slows the plot to walking pace, commensurate with the glacial pace of development of his relationship with Nealey. There is one exciting passage when Kennedy himself becomes the target of an attack by car, but there were several aspects of his escape which come across as being highly dubious, suggesting that fast action is not perhaps the author’s forte.

It has to be said that this sits at the end of the crime fiction spectrum which tends towards the whimsical, with a very strange foreign embassy, a protagonist who has a close social connection with a gay Home Secretary, and a central London DI with a team of staff who do very little for days on end. No stabbings or knife-wielding terrorists here – Departing Shadows is recommended for those disinclined to too much excitement.