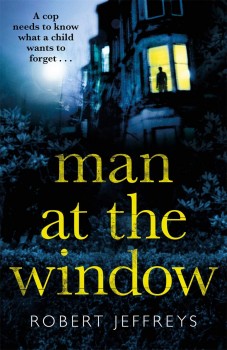 Man at the Window

Detective Sergeant Cardilini is assigned the case when a schoolteacher is killed by a bullet. Everyone but Cardilini is sure that the shooting was an accident.

A boarding master at an exclusive Perth boys’ school is standing at his window one evening in 1965 when a bullet removes the top of his skull. Detective Sergeant Cardilini is assigned the case but finds on arrival at the school the next morning that the body has already been removed, the room cleaned and the spent bullet is missing.

Cardilini’s superiors, old boys at the school, have already been at the scene and the headmaster appears confident that the shooting was an accident, a stray bullet from a kangaroo cull on land adjoining the school. Cardilini’s instincts suggest this is unlikely, and he pinpoints a location with signs of recent use from which a marksman would have a good chance of making the shot. He pursues his alternative theory, looking into reasons why the teacher might have been a target, and if so, who would have a reason and the skill to shoot him.

The direction of his investigations are regarded as misguided or hostile by both colleagues and by staff and pupils at the school. Since the death of his wife a year earlier, Cardilini has been aggressive and much of the time worse for beer. Indeed, he suspects that he may have been assigned the case only because it was anticipated that he would sign off without exerting himself, and because his son’s place at a police college can be dangled as an inducement not to make waves.
Some impulse, however, makes him throw off the alcohol-fuelled fog that has been clouding his mind and put his undoubted skills to work. Whether it is his shame that he is perceived as being so easily manipulated, or sheer contrariness, Cardilini pushes ahead and finds plenty to be suspicious about. With proof tantalisingly beyond his reach, however, he doubts whether he will ever be able to make a case, and worse of all he fears that his efforts will queer the pitch for his son.

This excellent first novel comes from an author with a string of stage plays to his name. The west Australia setting provides one or two novel features but little that is unfamiliar, and the way in which those in power in the community protected their interests feels entirely right for the 1960s; these days the natural credence accorded to authority figures and institutions has been much eroded.

The reader is aware that Cardilini is on the right track from occasional sections in italics about a boy at the school under extreme stress. As Cardilini joins up the dots and finds what the teacher has been up to, the question then arises as to whether justice has not already been served. His dilemma, that of a man under pressure struggling with his conscience, is conveyed very convincingly.

I was intrigued at one point to find the protagonist watching a school cricket game being played with a bat made of oak. Unless this is a local peculiarity, I believe it may be evidence that the Australian famed obsession with sport is not universal.