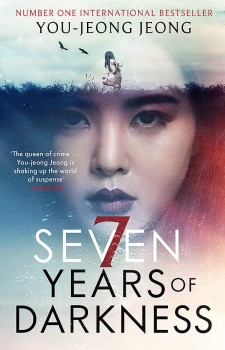 After tragic events at a remote Korean reservoir, a young man is persecuted wherever he goes. After seven years he receives a package which reveals the truth about the past.

Sowon was 11 when his father Hyonsu was arrested for killing a young girl at the reservoir where he was security chief. The arrest came shortly after the dam was emptied, killing many from the village below including, it was surmised, Sowon’s mother.

Since that time Sowon has lived with Sunghwan, a former subordinate of his father’s, moving from place to place. At every new location details of Sowon’s past somehow become known and the hostile reaction drives them out. Sowon is 18 when he gets a parcel containing a ‘novel’ written by Sunghwan, which explains much of what happened at the dam.

Events revolve around two families, one of these Sowon’s own. His father Hyonsu is a failed baseball player who takes to alcohol as a refuge from his inadequacies and criticism from his wife Eunju. A gentle giant, his persistence in driving while intoxicated is bound to lead to disaster sooner or later, and he is now in prison awaiting execution for murder.

The other party is Yongje, also employed at the dam, who lives with his young daughter. His wife has left him but as with several previous episodes Yongje is determined to track her down and compel her to return. In the meantime, his daughter Seryong is the focus for his controlling and violent behaviour, and it is after one particularly vicious attack that she runs out into the fog, precipitating the accident which is the start for what follows.

The structure of the book is inventive but regrettably not altogether convincing. The initial statement of Sowon’s unhappy teenage years and the hints about events at the dam generate curiosity about the document which Sowon receives, but it seems odd to say the least that Sungwan has never over the past seven years apparently let Sowon into any of the facts he has established.

In the ‘novel’, the thoughts and feelings of the key characters are drawn in a convincing manner, but rather too much so if the reader puts themselves in the position of the writer. There is some attempt to justify this in terms of Sangwan’s aspirations as a novelist, but you would imagine that his priority would be justice rather than literary renown. It is frustrating that the fate of Sowon’s mother is never revealed, and that Yongje’s mysterious helpers, the ‘supporters’, are unexplained.

At any event, the picture of a well-meaning but flawed individual who falls into the hands of a psychopath is a powerful one, the inexorable hand of fate being given an additional boost from the frightening Yongje. As with the author’s previous book The Good Son, the mental aberrations of a central character are slowly revealed to lay bare a very disturbing portrait indeed.