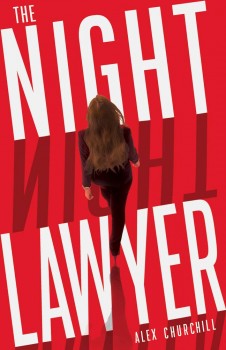 Barrister Sophie Angel defends a young man accused of rape while facing some issues in her own life both current and past.

Sophie Angel is a barrister working out of inner London chambers, supplementing her income with a weekly night shift at the offices of a national newspaper, advising her clients on how to keep the right side of the libel laws. Her husband Theo is also a lawyer.

Her work provides her with a range of clients. Some she finds unsympathetic, like Adam Harris, a violent man who seems somewhat fixated on her and who has recently escaped from prison. Others more easily gain her trust, like Henry Hanbury, a young man accused of rape in what Sophie believes is a case of mistaken identity.

Sophie was born in Russia and brought to UK at the age of six by her parents after the tragic death of her father’s brother Kiril. He was supposed in some manner to have fallen foul of government security forces, but Sophie has never had a complete version from her parents. She suffers from dreams incorporating brief scenes from her childhood although the meaning remains elusive.

Hanbury’s case is related in detail. He clumsily spills a girl’s drink in a pub and buys her a replacement. When it becomes clear that at some point in the evening she has been drugged and then raped, Hanbury is identified as the most likely culprit. Details are leaked to the press, who crucify Henbury; his life is derailed and even if Sophie gets him off it is likely he will forever be tainted as a sexual offender.

Sophie does a great job in court, however, aided by a clumsy prosecution and inadequate police support. The author makes the point very strongly that constraints on funding over the past decade have impacted on police, CPS and legal aid services, imposing intolerable burdens on both victims and those accused in some cases. Failures in Hanbury’s case eventually lead to a catastrophic outcome.

Sophie also makes progress in exploring family history too; the new owner of the newspaper she works for has a Russian wife who is familiar with Sophie’s father’s family. The two fly to Moscow and facts about Sophie’s childhood and her family’s departure from Russia are revealed.

There are also developments around Sophie and Theo’s marriage. From the beginning, Sophie’s narration makes excuses for discreditable behaviour from Theo, and when he is seen rather too much in the company of a good-looking junior the reader smells a rat.

The various plot lines are drawn to a timely and thrilling conclusion. Sophie has faced several challenges both in and out of court, thrown off some misunderstandings and come to a better comprehension of her life. The book holds plenty of excitement and offers a realistic look at contemporary criminal justice.