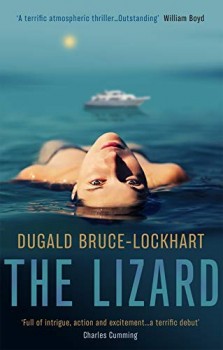 Student Alistair Haston is in Greece for the summer looking for a change of atmosphere – but gets more adventure than he expected.

Student Alistair Haston is stung by his girlfriend Ellie’s suggestion that he is not a ‘doer’, so puts aside his philosophy and German studies for the summer and takes off for the Greek Islands. On a ferry he meets Australian Ricky, plays a drinking game with his friends, and wakes up on Paros, alone and missing both his passport and his travellers’ cheques.

Alistair defers his application for new travel documents and does a couple of weeks labouring but then runs into Ricky again. Ricky offers better-paying work, for Heinrich, a rich German. The job involves picking up tourists for Heinrich to paint and seduce at his luxury villa. All goes well for a few weeks until Alistair wakes up after a party and finds that the villa has been emptied and he is the only one around.

It is not until the police arrive that Alistair starts to realise that he is in real trouble. The villa, and other premises and vehicles, have been rented in his name. Several people have gone missing and some of them appear on a tape made at the villa; even worse, a few are recorded being murdered. The police are sceptical about his story.

Alistair manages to escape the police but without securing evidence to validate his version of the truth he knows that he is finished. Initially, he can think of nothing but escape, at least as far as the British Embassy. But then he finds a photo left for him by Ricky, which shows that Ellie has fallen into his hands. If he wants to save his girlfriend, Alistair has to come up with a plan.

This is a great story. Alistair’s problems arise from his lack of suspicion, and one can well imagine a young innocent being made a dupe in the way described. Once he has been so thoroughly entangled in Ricky’s machinations, his prospects look bleak indeed. At least some of the police seem to have been suborned and it is not clear whether there is anyone he can trust.

Alistair works with what little he has to try to battle his foe and proves to be surprisingly resilient in the face of a long series of physical challenges. But Ricky proves to be very resourceful too, and this makes for several plot twists before the climactic scene, in which Alistair’s mettle undergoes a severe test.

Told in the first person, Alistair’s predicament is gripping and the pace of events leaves little time for him to succumb to doubts about his abilities; he is driven forward by the need to save himself and then to rescue Ellie. This debut novel would be an excellent thriller to take to the beach – unless you are in the Greek islands, perhaps!