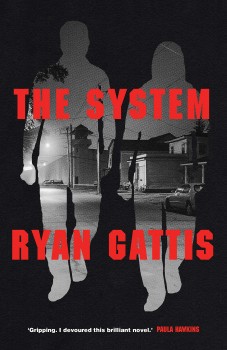 The discovery of a gun used in a shooting leads to the prosecution of two young men, one guilty and the other innocent. The case will change the lives of several people.

This book is set in South Central Los Angeles in 1993, where gang life is the dominant culture. It begins with the shooting of Scrappy, a girl who has been dealing drugs in the wrong place. A gun dropped at the scene is scooped up, together with Scrappy’s drug supply, by drug user Augie.

Augie has the misfortune soon thereafter to be visited by Parole Agent Petrillo, who finds the drugs and the gun and spies an opportunity. He tells Augie the evidence can disappear if Augie will testify to the identity of the shooters: Omar Tavira, aka Wizard and Jacob Safulu, aka Dreamer. He takes the gun and ‘finds’ it next day in a house shared by Dreamer, Wizard and his cousin Angela.

Wizard already has a record and some status in his Latino gang; he takes incarceration in his stride. Dreamer is an innocent, however, and needs to toughen up quickly if he is going to survive jail time. Wizard puts the word out to Jeo, a young smart gay man from Dreamer’s adoptive family, to investigate how the gun got to be where it was found.

The narrative proceeds by way of brief chapters voiced by those involved with events. We get a quick rotation of perspective between the accused, their close friends, cops, and the legal representatives of both sides as the case comes to court. Despite the differences between these voices they all have familiarity with ‘the system’, defined by the author in a single-page preamble as comprising law enforcement, adjudication and corrections in the US, and California in particular.

While the contributors have different interpretations of the system, there is a common worldview about how it works, an understanding that people caught up in it must submit to its demands. These are often arbitrary and frequently unfair, and the result is to test the mettle of those who become entangled. Pressures on Wizard, Dreamer and Jeo bring about changes in all three over the course of the book.

Eventually the case comes to court and there are some great courtroom exchanges between Kristina Mirkovich from the DA’s office and Nick Park, Dreamer’s Public Defender. The two have their own personal motivations for success which gives the battle some edge. The outcome is uncertain until the final pages and the reader’s sympathies pulled along with the fears of those accused.

As with other stories set in US urban jungles it is difficult sometimes not to be appalled by the lack of opportunity and the narrow horizons of the characters, where a visit to Disneyland is a lifetime event. The author, however, conveys the choices of the protagonists so well that the fate of the key characters is genuinely moving. The pace is ferocious and the story entirely gripping.