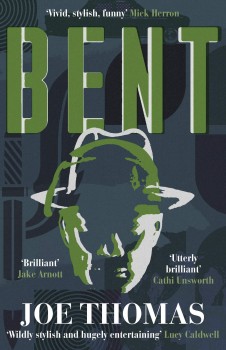 Key episodes in the life of Harold ‘Tanky’ Challenor, in Italy as an SAS commando in WWII, and as a notorious Detective Sergeant in 1960s Soho.

This portrait is built around much that is known and documented about a controversial character, ‘Tanky’ Challenor, in two specific periods of his life. The two parts are interwoven and narrated mainly by Challenor himself, a working-class Londoner.

The first part of the story, given in italics, follows Challenor in Italy, briefly in an abortive landing in Sardinia and then in the Apennines. Dropped behind enemy lines, he blows up several trains and then walks south seeking allied lines. He then suffers an extended period of privation in bitter winter weather, captured and brutally beaten before making an audacious escape.

In the second part Challenor is some 20 years older, a Detective Sergeant working mainly in Soho out of ‘the Mad House’, West End Central, in the early 1960s. He employs what might be termed a creative approach to obtaining the evidence he needs to put away various disreputable characters on his patch, earning the approval of his superiors but eventually the censure of the law.

The author’s note records his admiration for his grandfather, another SAS man who served with Challenor, and whose stories of wartime exploits no doubt helped to give the story such believability. Challenor as a young soldier, only 19, comes across as a man for whom hardship is only to be expected and deals with it by laughing at himself. The man exemplifies those qualities in which the SAS excels, and which makes it so formidable a force.

The pressures of SAS operations in wartime would, however, put anyone under severe stress and it is hardly any wonder that post-war Challenor was affected by what is now termed PTSD. This was recognised at the Old Bailey when Challenor was eventually accused of corruption after an extended period during which he was acclaimed for getting villains off the streets.

Policing today is barely recognisable from what it was 60 years ago; there were bobbies on foot who knew their patch and were familiar with the local villains. Challenor knew Soho like the back of his hand and when he decided that it would be beneficial to get a few characters off the streets, it only took a few words whispered in the right ear and a judicious planting of evidence to get a conviction.

It also helped to unsettle the opposition to use a bit of rough stuff as well, and it is this aspect to Challenger’s behaviour which to modern eyes appears particularly reprehensible. He has a genial side and his way of going about things does come across as amusing, but he can also be very frightening, and in many ways he is the worst example of policing that you can imagine.

Despite his moral weaknesses, Challenor comes across as a larger-than-life character, hugely entertaining, and representative of a breed of men now largely passed into history.