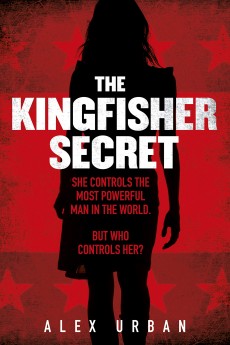 Journalist Grace Elliot seeks to revitalise a flagging career with a biography, but her subject has secrets that are well protected.

Grace Elliot is a writer for the Montreal scandal rag National Flash and has few illusions about the level of her journalistic career. Among the famous people she writes about, however, there is one who she actually gets to meet regularly, to receive hints for preparation of an essentially ghost-written column. She conceives the idea of a biography.

Her subject is Elena, a woman of Czech origin now married to Anthony Craig, an American who inherited an engineering company and makes flashy cars for the image-conscious nouveau riche. Elena herself has a thriving business, La Cure Craig, and her rise from lowly origins to fame via Olympic success is a matter of mystery which greatly adds to her popular appeal.

Grace is offered the opportunity to travel with Elena back to her place of birth while picking up hints for Ask Elena. While there, she takes notes as a foundation for what she hopes will be a biography. However, Elena reacts in a very hostile manner when she realises what is going on. Grace is abandoned, but despite instructions from her editor to return home immediately begins making enquiries on the spot.

It quickly becomes evident that there are several aspects of the Elena legend that do not add up. It is also apparent that someone has taken steps to make information about Elena’s past disappear, and that this is is continuing and extends to hostile action against anyone like Grace who is showing an interest.

In fact, the reader is made aware by intervening chapters that Elena was in fact selected by Soviet agents in the 1960s to join a small group of attractive Czech girls to be used as ‘swallows’, i.e. lures for Westerners, who can then be manipulated to act in accordance with Soviet interests. The policy has produced dividends as far as Elena, codenamed Kingfisher, is concerned: her husband has a brash self-assertiveness and genius for self-promotion that will all but guarantee his election to President of the USA at the next election.

While researching Elena’s past in Prague, Grace meets William, a British academic who offers his help. Despite her doubts about whether William is truly disinterested, the two pair up and get some pretty good hints, although proof is always elusive. Their main problem, however, is that they are being closely monitored by people who have no compunction about putting a halt to their investigation.

After certain events in Salisbury I have no problem believing that Soviet-era agents remain active, although the resources devoted to a single operative here seem perhaps a little excessive. Grace’s survival comes across as almost miraculous given the implacability of her foes, and the ending is surprisingly gentle. She is a sympathetic protagonist and the importance of her discoveries and problems in getting a hearing make for great excitement.