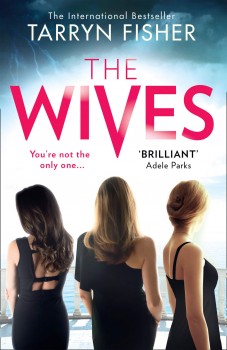 Thursday’s husband has two other wives that he sees on different days of the week, an arrangement that she accepts at first but then begins to doubt.  Seth is charming to her and never violent, but then she starts to believe that something might be seriously wrong and that he might be violent with the others.

Thursday is in her late 20s, attractive, intelligent, working nights as a nurse. She has an attentive handsome husband whom she both adores and doubts a tiny bit. But that doesn’t seem like a such a big deal as she knows Seth loves her unconditionally. Well, on all Thursdays he certainly does. On Mondays he visits Monday and on Tuesdays he visits Tuesday, on other days and nights he maintains his busy business and travels between Seattle and Portland.
The timetable remains unchanged, the structure is rigid and never questioned. Otherwise how he could manage his complicated life as a polygamist?  But not ‘they all live together and wear odd clothes and raise children collectively like they’re some sort of rabbit-f… hive’ kind. No, this is sophisticated modern understanding.
Seth loves them all ‘differently but equally’. Thursday has never met the other wives and doesn’t even know their names but of course she knows of their existence and of some of their limited past experiences. She is the middle wife, legally married to the man around whom three female worlds revolve. Tuesday prioritises her high-flying legal career and could not give Seth a child so became disposable but not rejected completely. Monday is the youngest and healthiest, and potentially a mother of the much-desired offspring.
In the grand scheme of things, Thursday considers herself quite lucky, pushing aside worries and anxieties, as it was Seth who had discovered her five years earlier in a café and charmed her so much… until she finds a doctor’s receipt in her husband’s trouser pocket. It’s made out to Hannah who might actually be Monday. Thursday starts digging and realises that she must track down the other spouses and find out how their common polygamist life pans out. Meeting Hannah under an innocent pretext, seeing her growing belly and bruises on her arms pushes Thursday into further questioning of the arrangement she had thought acceptable, and trying to comprehend who Seth truly is, and whether he could actually be a violent abusive man.
The obsessive-compulsive ride comes to an explosive finale. I expected something totally different as seeds of gaslighting have been sown throughout the novel and hoped for a stronger conclusion to what was happening to all three women. Were they emotional prisoners or willing participants in this game? But the assumption that Seth has a temper and is stressed out running his company seemed to provide the explanation for most of the behaviour that the women had accepted and excused.
Legal arguments, the history of polygamy and its presence in Utah in the US, alongside the main characters, although well-written, become rather lost in the unusual argument and manipulation of a sick mind.
The Wives by Tarryn Fisher, told from Thursday’s perspective, offers a poignant and emotional journey into discovery of her own pain as she searches for ways to deal with her trauma. The constant theme of secrets forms the undercurrent of all decisions, rivalry, jealousy and insecurity.