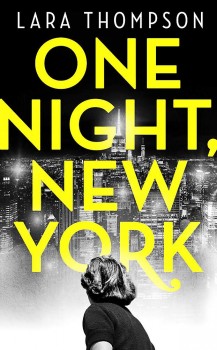 Frances arrives in 1930s New York to join her brother, leaving her abusive father in rural Kansas. She quickly becomes embroiled in a world beyond her experience with glamorous people, corrupt politicians and violent mobsters.

Frances is a poor young woman from Kansas, fleeing her abusive father and leaving behind her ineffectual mother in order to start a new life in glamorous New York. She intends to join her older brother Stanley who left home a few years earlier.

Frances has nothing. Her clothes are old and failing, her shoes are falling apart. She has one shabby bag and just enough money to make her way across the country to New York. On the train she meets Dicky and Jacks, two glamorous, arty young people, who are clearly wealthy and very different to anyone she has ever met before. They offer to make her the subject of an article they intend to write and photograph to illustrate how a poor country girl can metamorphose in New York.

In the city, Stanley meets Frances and takes her back to a poor tenement building. Frances stays close to the apartment, with no resources of her own. She takes on some piecework and eventually decides to strike out to meet the wealthy benefactors from the train. Her life changes dramatically as she becomes involved in their world of art, meeting Agnes who will become very important in her life and also being exposed to fashion and wealth In a way that is beyond anything she could have expected.

In the tenement it is clear that the poor people are earning money in ways about which they are very secretive. Stanley is involved with people he does not want Frances to meet. The mayor of New York crops up in all these worlds. Frances meets cruel influential men who are used to getting their own way. Eventually violence and corruption touch Frances in ways she could not have expected and she plans her revenge.

This book is so atmospheric with such evocative descriptions. New York of the 1930s is a major character in the story. Old New York is changing, skyscrapers are being built, racial discrimination depends on who you are and where you live. Corrupt politics is rife. Gangs are powerful. Women are exploited. For anyone who has visited New York, it is fascinating to superimpose what you know onto the book’s cinematic descriptions.

The culture and characters are so graphically described, I could almost smell the rough streets, and could feel the difference in Greenwich Village where the wealthy protagonists live. The plot is skilfully written. Not only is the story interesting and gripping, I also cared about the protagonists, whether good or bad, and become embroiled in their lives. One Night, New York is such an excellent book.