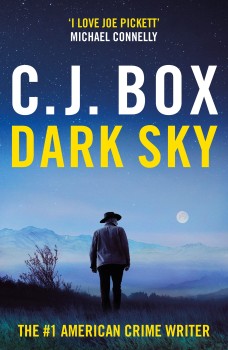 Game Warden Joe Pickett takes social media mogul Steve Price on a hunting trip, but Price has enemies ready to exploit the opportunity to bring him down.

Joe Pickett makes his 21st outing as the game warden of Wyoming’s Twelve Sleep County with a change from his usual duties when the State Governor asks him to lead a hunting trip. Steve Price, the billionaire creator of a popular social media site, wants to go on an elk hunt and the Governor hopes that success will induce him to site a new server centre in the state, bringing with it money and employment.

Steve-2, as he likes to be known (Steve-1 being Steve Jobs) needs to have everything practical done for him, but Joe is willing to help - for one thing, his three daughters are intrigued by their technophobe father leading this genius. The nature of the trip changes very quickly, however, when Ed Thomas and his two sons intervene.

Ed’s daughter Sophia had featured on a site for his hunting guide business but became the victim of online trolls, leading to her suicide. Ed is convinced that Steve-2 is responsible, and his visit provides a perfect opportunity to take his revenge. Ed’s actions result in a break in communications which alerts Joe’s wife to possible problems, but when Marybeth finds the local sheriff too slow to get moving, she calls on Joe’s friend Nate.

Nate Romanowski has been working with Joe’s daughter Sheridan, and the two set off into the mountains to investigate. The call comes as an interruption to their work together. Nate has been teaching Sheridan the care and training of hawks. They recently made the discovery of an intruder into areas where Nate had already staked a claim, someone who has a brutal approach to the birds. Nate’s intention to eliminate this competitor is postponed until he finds out what has happened to Joe.

While the cruel and savage nature of the bad guys is shocking, it is drawn well enough to be convincing, and puts Joe and other characters at great risk, with survival in the balance. After so many adventures you expect the protagonist to survive, but in repeated clinches it is difficult to see how he is going to manage it.

Both sides are festooned with equipment, and for those who enjoy that sort of thing, the characteristics of the weapons, specialist clothing and horse tack are all described in detail. As usual with the Joe Pickett stories, this human ‘sophistication’ makes a strong contrast with the beauty of the natural surroundings which CJ Box describes so well.

There are plenty of hints here about what an elk hunt really involves, should you be curious. Personally, I find reading about it infinitely more enjoyable than the real thing, what with the early rising, snow and wolverines, not to mention thugs toting firearms. The series maintains an excellent quality.