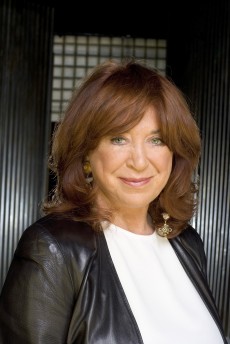 Lynda La Plante was born in Liverpool. She trained for the stage at RADA where her fellow students included Anthony Hopkins, John Hurt and Ian McShane. After finishing her studies, she began her career as an actress, appearing with the Royal Shakespeare Company in a variety of productions, as well as popular television series including Z Cars, The Sweeney, The Professionals, Bergerac and Rentaghost.

Whilst filming The Gentle Touch with Jill Gascoigne, Lynda wrote a treatment for a TV series based on a botched bank robbery. Widows was commissioned by Verity Lambert of Euston Films for Thames Television. It became one of the highest rating series of the early 1980s.

Her original script for Prime Suspect won awards including BAFTAs, Emmys and the Royal Television Society as well as the 1993 Edgar Allan Poe Writer's Award. Lynda has written and produced over 170 hours of international television.

Lynda is one of only three screenwriters to have been made an honorary fellow of the British Film Institute and she was awarded the BAFTA Dennis Potter Writer's Award in 2000. In 2008, she was awarded a CBE for services to literature, drama and charity. She is a member of the Crime Thriller Awards hall of fame and is the only lay person to be made a fellow of the Forensic Science Society. She lives in London and New York.