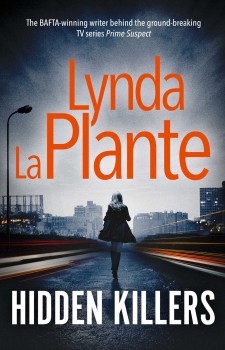 Newly-promoted DC Jane Tennison offers to go undercover as a decoy in an indecent assault and possible rape case DI Moran is investigating. Sergeant Harris, her boss, is anything but keen that Jane, an inexperienced probationer, should be involved. But Moran gets his way. And that night, dressed like a tart, Jane is ready for her first investigation with the CID. Moran, worried she’ll freeze to death in the park, gives her a fur coat from the evidence room to wear, which while not strictly kosher, Jane is grateful for. Ready and psyched for action, with microphone, truncheon, unmarked back-up vans, she trails through the park.

Nothing happens for a long time until suddenly a man jumps down from a tree and attacks Jane viciously from behind. With her mic dangling uselessly out of her sleeve, and her assailant threatening to knife her, she submits. Then she realises the man can’t be holding a knife. Jane fights back until Moran and his side-kick, DC Edwards, tackle the man to the ground.

Back at the station, still reeling, half in elation, half in belated fear, Jane is present when Moran and Harris book the prisoner in. Moran produces a flick-knife, supposedly found in the assailant’s pocket. But this doesn’t ring true. Jane never saw Moran find the weapon at the scene of the crime. Did she miss something? Or is her assailant being fitted up? And does a young WPC with no experience have the integrity and balls to find out?

As a devotee of the TV series Prime Suspect, I was eager to get stuck into Hidden Killers. And as far as the story was concerned, it was everything I hoped for; a complex, gritty and utterly believable plot. That Tennison was the instigator in the uncovering and solving of not one but two heinous crimes made it all the more enticing: It is always refreshing to read a story where the detective has to work on two unrelated cases at a time. La Plante also feeds the reader just enough of Tennison’s life away from the station to put the meat on the bones of the young detective. And she manages to remind the reader in a reasonably discreet way, that this is set in an era before mobile phones, computers and DNA. Almost an historical crime novel!

Unfortunately for 21st century readers who dislike unnecessary detail along with too much tell and not enough show, Plante’s writing style is a time-warp into 20th century history too. There are paragraphs of redundant physical description that failed to bring the characters to life, and merely made them stereotypes. Spoon-fed information that was repeated ad nauseam. Irrelevant back-story for the lesser characters. Corny, over-played accents and idioms. Lazy vocabulary, with a plethora of the word very. At times it was only the quality of the plot that kept me reading; it certainly wasn’t knowing in boring, itemised detail what each character ate or the colour of their trousers.

That said, La Plante’s treatment of a feisty young female detective in the male-dominated world of the police force is authentic. Her ability to take us back in time is more than satisfying. For readers who don’t mind a somewhat outdated writing-style, Hidden Killers, with its multiple twists, is deliciously knotty. And it’s a convincing introduction to one of England’s favourite detectives.