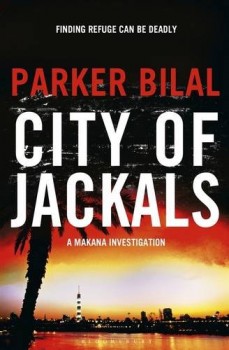 Cairo investigator Makana is asked to find a young student who has gone missing. The next day a human head is fished out of the river next to the investigator’s houseboat.

This is the fifth outing for Makana, an expatriate policeman ousted from Khartoum by an ex-colleague, making a living in Cairo as an investigator. The book is set some ten years ago, with Mubarak still in power and Bush providing American support to a regime which residents generally believe is run for the benefit of the few at the top.

The Hafiz family ask Makana to look for their student son Mourad, who has not made contact for three weeks. Makana questions Mourad’s friends and gets minimal help, but his journalist friend Sami helps him mine Mourad’s laptop and establishes that Mourad was an idealist and engaged in some clandestine project.

A fisherman working by Makana’s houseboat nets a sack with a human head. Makana calls his police friend Okasha, who is not impressed: the head carries the markings of a South Sudan tribe. Such immigrants are of little interest to the government, other than as a source of nuisance; they have few rights and a gathering of Sudanese in the capital looks likely to culminate in a clash with the authorities.

Okasha calls Makana in when shortly after, a body is found also showing signs of Southern Sudan heritage, in a concealed compartment of a van used by Shaddad Pharmacies which has been involved in an accident. A visit is made to the pharmacy garage, and when pathologist Doctor Sirhan becomes involved, a discovery is made which suggests foul play. Nobody is talking, however, and an explanation of events appears as elusive as ever.

Makana makes an impressive investigator, a humane and thinking man whose qualities emerge from the every-day contacts he has with Aziza, the girl who looks after him, Sindbad the taxi driver, Sami, Okasha, and others. For the first time there are signs that he is overcoming the trauma of the death of his wife and daughter in the first steps of a relationship, with Dr Sirhan. Sirhan is another interesting character, a strong woman in a society that puts women at a severe disadvantage.

The author pulls no punches about the problems facing those who make Cairo their home. Endemic corruption, uncontrolled pollution, terrible traffic jams, poverty and deprivation breed characteristic fatalism. There are hints, though, of support for the ‘Arab Spring’ to come. The central theme gives a focus to the plight of immigrants from Sudan, who are in a particularly difficult place: no status in Egypt and no legal way to move elsewhere.

Despite the above problems, Makana relishes many aspects of his adopted home: the river, the older crumbling parts of the city, small shops and eating places, and in particular the characters he meets in his work. However nasty the villains he exposes, Makana always finds enough friends to restore one’s faith in humanity.