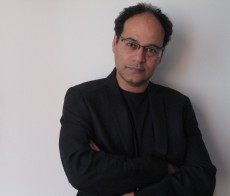 Parker Bilal is the pseudonym of Jamal Mahjoub. Mahjoub has published seven literary novels in his own name. In 2012, he began writing a new series featuring the exiled Sudanese detective, Makana. Dogstar Rising is his second Makana mystery. Born in London, Mahjoub has lived at various times in the UK, Sudan, Cairo and Denmark. He currently lives in Barcelona.

When a severed head falls out of a bag on the Tube, Cal Drake makes a connection to the case that led him to leave the police and become a private detective.

Detective Sergeant Cal Drake gets an opportunity to restore his tarnished reputation with the help of forensic psychologist Dr Ray Crane.

Exiled policeman Makana is induced to visit Istanbul to help British Intelligence prevent a chemical warfare specialist falling into the hands of a dangerous terrorist.

Reviewed on 16 December 2017 by Chris Roberts

Cairo investigator Makana is asked to find a young student who has gone missing. The next day a human head is fished out of the river next to the investigator’s houseboat.

Investigator Makana is hired by a Cairo art dealer to find an Iraqi war criminal said to have treasures looted from Kuwait, but soon finds that several parties have an interest.

Egyptian PI Makana seeks answers to a dreadful murder by visiting the victim’s past in Siwa, an oasis town, but his arrival seems to trigger more deaths.