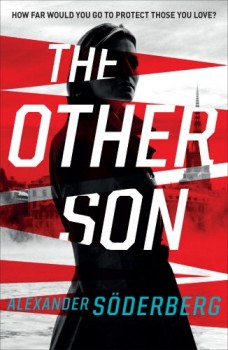 Sophie Brinkmann is an ordinary nurse who regrets falling in love with the major crime lord Hector Guzman. But following a vicious attack he is left in coma and she has to take control of his empire, as both his friends and enemies won’t leave her in peace.

Sophie Brinkmann is a nurse who still occasionally thinks of herself as an ordinary woman, a grieving widow and a dedicated single mother to her teenage son Albert. But in reality she is definitely not ordinary. Since falling in love with Hector Guzman, a major powerful crime lord, her life has changed so dramatically that she has had to find a new home under a false identity and, more painfully, she has to see her beloved son becoming a pawn in a game between the police and the criminal underworld.

When Guzman was left in a coma after a brutal attack by a rival gang, his right-hand man Aron Geisler, with the help of a bodyguard Leszek, and Ernst, his legal and financial adviser, has been doing everything possible to maintain the position and keep the sinking ship above the water. That also includes using Sophie as a ‘front’ to control the empire. Constantly terrified, she regrets being pulled into the crime family but has no choice: Albert is now in a wheelchair following a messy police action, and they are both under surveillance, while Aron’s steely grip allows only for the supervised phantom of freedom.

With the unconscious Hector hidden in a secret hideaway, Sophie is sent to calm the situation and to negotiate business deals between Hector’s people, his vicious rivals, drug suppliers, brutal middle men and the scheming detectives. Germany, Sweden, Spain and Colombia are interconnected by the criminal links, corruption, debts and violence.

But when his brother is murdered in Biarritz, a rescue mission is arranged by Aron and his hit men, and Sophie sees an opportunity to get herself and Albert out and alive from the web of crime, from the world of ‘criminal, manipulative, untrustworthy people whom she despised, most of them grown men with the mind of a child, unpredictable, impulsive and ultimately extremely dangerous.’ But then another blow happens to her plan: Hector’s secret teenage son is found by the rivals.

The magic of Alexander Söderberg’s writing lies in the plot where the story zooms around the world at neck-breaking speed, and in the brilliant characterisation, brought to English life by the translator extraordinaire Neil Smith. Identifying with the main heroine and her struggle to protect those she loves is completely at odds with following her actions as she looks for her inner darkness to deal with the consequences of becoming a key player in a deadly game.

Yet she is a totally believable fully rounded person. And while the loyalty and friendship become meaningless commodities in the fight for survival, again the tense plot makes us question what we think of so-called good and bad guys.

Detective Inspector Antonia Miller, with her colleague Miles Ingmarsson, is hot on the heels of Sophie, to actually offer help and protection but ultimately there is no chance of trusting people. Their boss Tommy Jansson seems to be most dangerous: ‘this business of manipulating people really isn’t so difficult.’

This thrilling follow-up to The Andalusian Friend is so fun and exciting, that waiting for a third instalment in the series will make it worthwhile.