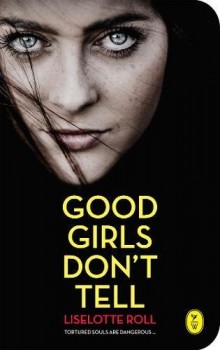 A tortured body of a man is found in an allotment shed. Inspector Magnus Kalo and his team are mystified, especially due to the lack of information about the victim. Eventually they find a connection to a past event in Argentina.

Inspector Magnus Kalo and his team (dependable Roger, new policewoman Sofie and boss Arne), are mystified when the body of 40-year-old Erik Berggren is found in a shed at his mother’s allotment where it seems he’s been living. It was clear that the man was tortured before finally being killed with a sharp object.

Nothing suggests that Erik had led an adventurous or interesting life, and initial investigation only establish that he was an alcoholic with some learning difficulties. His only relatives are a cousin Annika, who is unwilling to get drawn into reminiscing about her childhood time spent with Erik, and his mother Gunvor.

Magnus hopes to find out more from the victim’s mother. However, not only is she suffering from dementia, but while visiting her at the care home he also interrupts an attack on the old woman, treated in a similar way to her murdered son. The shocking brutality is incomprehensible as the perpetrator used boiling water to scald lower parts of their bodies. Initially the police think that it could imply a sexual motive. But following the discovery of an old document reporting torture and scalding of dogs years ago at the family’s now abandoned farm, they start to focus on a different motive, based on revenge and deep hurt.

Since little information about the family is available, the team decide to dig deep into the history of the Berggrens and to their astonishment find links to Argentina where Erik’s father Gösta had worked in the 1950s. There he left a horrific legacy of raping a 14-year-old girl. Desperate to find the killer, Magnus gets in touch with his Argentinian counterpart Osvaldo Ortiz and so a dramatic story unfolds across the world.

At the same time Magnus’ personal life is no longer an oasis of calm and love as he realises a stalker is determined to destroy his family. His therapist wife Linn offers her insights into the case until she is also attacked. They lose their home. Constant fear about their small twin daughters increases their tension and despair. Time is running out for everyone.

Liselotte Roll adds a fresh perspective to the classic Nordic Noir genre. Good Girls Don’t Tell is her debut which grew from her experience of working as an archaeologist on a dig uncovering a pre-Incan settlement in Argentina. Terror of the military junta’s reign has not diminished and instead has stayed in the tortured souls of those who have survived.

The novel, translated from the Swedish by Ian Giles, brings to mind Camilla Läckberg’s series set in Fjällbacka, famous for the effective mix of gruesome crime and the fairly happy domestic life of the main protagonists. Here the author also balances the professional and personal life of Inspector Magnus Kalo, yet the faraway story casts a much wider net. I wish some characters weren’t so free to run around on their own, as at least one death could have been avoided. But again, this event only made the  plot more chilling. Also, I would have preferred the original title Third Degree (Tredje graden) to stay for the same reason.