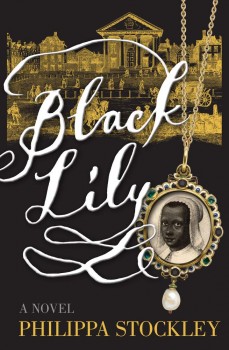 Two strong women, one black, one white, fight to survive amid the depravity, prejudice and constraints of Jacobean London.

Philippa Stockley’s first book for 12 years, not so much a 17th century bodice-ripper as an historical manual of sexual excess, perversion, manipulation and cruelty will undoubtedly shock more delicate readers! But this engrossing, multi-layered account of skulduggery and intrigue is far more than a titillating – and at times downright dirty – read as Stockley explores the themes of race, sexism, wealth, poverty, control and desperation.

Anyone interested in women’s history – especially the fate of black women in the Jacobean era – should read this enthralling story which does not rely on a traditional moral core, but offers black humour, vivid episodes and strong characters of both sexes and must have taken years to research in such superb detail.

Stockley is at her absolute best as she fills out the background to her powerful story. Her descriptions of foods, porcelains, fashions, buildings, the sights and smells, fears and follies of London in the reigns of Charles II and James II, from the terrible plague of 1665 and the Great Fire of the following year to the politically charged times of the 1680s, can only be described as sumptuous and match that great recreator of Tudor history, CJ Sansom, at his very best.

The story revolves around two very different women. Zenobia, the ‘exotic’ product of a ruthless Turkish father and an English mother and named after a famously beautiful and powerful third century queen of the Syrian Palmyrene empire, and the older, but equally striking Lily, a princess among her own people, brought to London as a ‘toy’ on a slave ship and despite being educated alongside her first mistress, forced into prostitution. They meet briefly but recognise an affinity in each other. Both, in their own ways, are ruthless survivors.

Zenobia, born in near-poverty to a skilful, but unambitious tailor, realises her only hope of controlling and improving her life is to cash in on her looks and agrees to her adoptive father’s surrender to the marriage demands of one of London’s most ruthless, but successful, men.

Lily, framed and sentenced to death for the shooting of Zenobia’s depraved uncle who had tried to rape her, breaks free and must exercise all her survival skills on the mean streets of London and later in the grim Newgate gaol. Although the title character, she is not the main focus of the story, but she holds many keys to a fast-moving plot full of surprises, twists and turns.

The adventures and misadventures of these two bold and fascinating women and their nemesis, the vicious former slaver and buccaneer Theocritus Koros, now transformed into businessman and magistrate John Crace, will keep you gripped as their stories unfold. The pace is fast and the plot intriguing. A big cast of fascinating characters are all splendidly drawn and have essential parts to play in what is a gripping page turner of love and treachery.

Stockley writes with great flair, managing to tread every historical novelist’s fine line between overly-fake 17th century jargon and jarring modern idioms with skill and impeccable balance.  Despite its compelling prose style and masterful storytelling, this pacy and polished, pungent, witty, and passionate story of two strong women with its zest and mouth-watering period detail which never overwhelms the sheer drive of the plot, is simply crying out for an ambitious TV or film producer to bring it to the even wider audience it deserves.

If you want a story to warm cold winter nights, look no further – and hope Stockley does not leave it another 12 years before her next book!