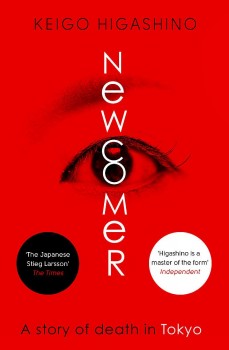 Detective Kyoichiro Kaga is a newcomer to the Nihonbashi area of Tokyo but proves to be very effective in unravelling secrets when a woman is found strangled.

Mineko Mitsui is found dead in her Tokyo apartment. She had got divorced about six months earlier, she lived alone and worked as a translator. She seemed to be popular with the few friends she had. Her ex-husband and son had alibis and had not been in touch for months.

An investigation task force is set up, but the detective who makes the most progress is Kyoichiro Kaga, a junior sergeant recently assigned to Nihonbashi precinct. The district is unusual for the number of small specialist craft shops, and Kaga makes it his business to spend time in the area to resolve a number of small puzzles arising about aspects of the crime scene which may or may not be relevant to the death.

The book is divided into chapters corresponding to Kaga’s enquiries at each of a number of shops to put these issues to rest. In every case an item found at the crime scene, or some discrepancy in the story offered by a witness, gives rise to a presumption of something untoward. However, Kaga’s gentle questioning and intuitive leaps help to resolve apparent inconsistencies without undue alarm to the folk of the neighbourhood.

Eventually his work exposes the real culprit and once again he shows great sensitivity to the feelings of others, this time encouraging a co-worker to interview the man arrested to expose the true motivation for the crime, something which he knows will be cathartic for both parties. He thus ends the book with the appreciation of his superiors, his colleagues, and the people he has been assigned to protect.

Keigo Higashino’s intricate plotting and working-out of the themes translate into English without difficulty. It is difficult to find a good comparison with anything currently being published in the West, but the civility of the conversations and Kaga’s sensitivity to the feelings of others make it somewhat reminiscent of British pre-war crime fiction. The attention to minor details and their importance in detecting conveys a similar feel.

At the same time we are never in doubt that the tale is set in Japan. Besides the social markers mentioned above, and others such as the strong sense of family obligation, the foodstuffs, clothing and behaviour generally are strikingly characteristic of the country and could not be mistaken for anywhere else.

Readers who enjoy hunting for clues to the crime could well enjoy Newcomer but as with most detective fiction the real satisfaction is in the way the protagonist goes about his work. Kaga is a joy, unfailingly polite and self-effacing, but with a mind as sharp as a razor, always on the hunt for that crucial bit of evidence.