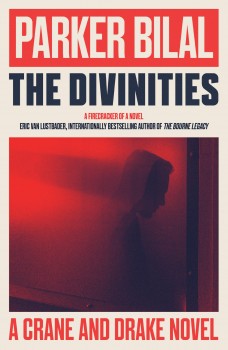 Detective Sergeant Cal Drake gets an opportunity to restore his tarnished reputation with the help of forensic psychologist Dr Ray Crane.

This first book in a promised series introduces two BAME protagonists, both of whom have had problems with the establishment. Khalil Drake is the product of an absentee father and an alcoholic mother, ending up in Freetown, a North London sink estate. He could easily have slid down one path, but took another and joined the army, and then signed with the police after two tours of duty. A period undercover ended in accusations of corruption and Cal has recently returned to London after a period in exile up north.

Rayhana Crane was taken under the wing of a senior psychologist who on death left her a splendid house and practice office, but she is having trouble generating fees after a contract with British defence ended in problems. Her task was to investigate why soldiers were breaching rules of engagement, and she was blamed when one of her clients went rogue and was arrested in connection with a terrorist act.

Both have much to gain, therefore, from a success, and an opportunity presents itself when a man and a woman are discovered killed and buried under a pile of stone on a Thames-side building site. Cal is first on site by chance and given 48 hours by Wheeler, his boss, to solve the case before it will have to be turned over to Homicide and Major Crimes and a rival of Crane’s, DCI Pryce. Wheeler calls in Crane to assist with profiling, an initiative which he thinks will look good on the report.

Drake and Crane both start digging and turn up links to recent conflict in the Middle East. Ray works alone and delves into her records about some of her old clients. Cal has DCs Kelly and Milo to do the routine stuff, while he visits a number of enclaves featuring people of foreign ancestry, picking up hints. In Freetown he becomes interested in a recent fire-bombing at the local mosque, where the damage seems surprisingly excessive for an attack by the usual Islamophobes.

Before the specified deadline, Drake is pushed off the case and Pryce assumes command. However, Cal continues to pursue his own lines of enquiry without much contact with his superiors, as does Ray. Both independently come close to the heart of the matter and are brought together in a thrilling finale.

Anyone who enjoyed Bilal’s excellent Makana series will be keen to see what the author makes of a police procedural closer to home, and there is plenty to like here. Crane is a beautiful self-defence expert who rides a fast motorbike and provides a nice foil for Drake, who is a slob, has a deplorable diet and drinks far too much. At times Drake’s hunches seem to be almost psychic but I was able to overlook that in a story that is engaging from first to last.