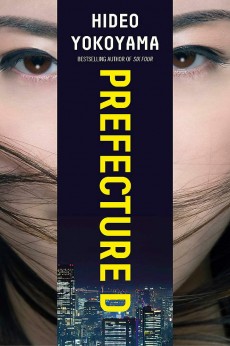 Four novellas depicting occasions of internal friction which threaten the smooth running of the administration branch of the Japanese Police Department.

Hideo Yokoyama’s work features the operation of the police in Japan, and although it touches upon criminal activity the focus is on the stresses and strains within the department itself. The rigid hierarchy, respect for rank and subtlety in speech evident in Japanese society as a whole comes across particularly strongly.

The four stories which make up the book stand alone, although they take place in the same police prefecture and a few characters make multiple appearances. In the first, Season of Shadows, Osakabe is a former successful director of Criminal Operations who has ‘retired’ to head a body funded by the construction industry to investigate illegal dumping. Osakabe is due to step down in a well-orchestrated reshuffle, but declines to do so. Futawatari is given the job of finding out why.

Cry of the Earth describes the action of Shindo, a middle-ranking officer in Internal Affairs, when a letter is received accusing a division chief of using his power to obtain sexual favours from a bargirl. Shindo calls upon formal and informal contacts within the police to check the allegations, and to find out who sent the report, apparently someone within the department.

The third story is Black Lines, in which Nanao, a section chief in charge of the female officers in the prefecture, investigates why Hirano, one of her star officers, has failed to show up for work. It is first suspected that Hirano has found herself a boyfriend, but the truth when revealed shows that male chauvinism is alive and well in Japan.

The final tale, Briefcase, features Tsuge, whose job it is to manage relations with the prefectural assembly. Relations between the politicians and the police are generally cosy, and advance notice is given of questions to be raised at public hearings to avoid embarrassment. The refusal of one assemblyman, Ukai, to specify his complaint causes Tsuge to panic under pressure from his bosses and to take action which he subsequently comes to regret.

What is revealed contrasts markedly with the operation of police forces from UK. New officers live in a dormitory for their first five years and a ten o’clock curfew is strictly enforced. The general feeling which comes across is that of a high-pressure, claustrophobic atmosphere, with officers at all levels under constant scrutiny and routinely working very long hours. There is a palpable sense of dedication, although the focus is not on crime prevention as such but more the ironing out of bureaucratic wrinkles.

Unfamiliar as the above sounds it is not necessarily entertaining, but Yokoyama imbues his characters with a strong sense of purpose which makes them interesting. But the greatest appeal arises from the clever and the subtle machinations of featured characters to achieve ends not readily apparent, a way of circumventing the rigid systems which govern their lives.